02 EDITORIAL
Why can’t some utilities just work with the wind industry?

Why can’t Ohio utilities just work with the wind industry?

There is a bit of a controversy brewing in Ohio, thanks to First Energy, American Electric Power, and Duke Energy. According to Ohio Citizen Action, those three utilities have “filed proposals to raise consumer rates and use the profits to cover the costs of their outdated and inefficient coal plants.” This is a bailout, an OCA flier insists, “because they are asking the Public Utilities Commission of Ohio to be allowed to have a ‘Purchase Power Agreement.’” Complete disclosure: I have stock in AEP and FirstEnergy.

To me, neither arguments pass the smell test. First OCA does not seem to know the difference between profits and expenses. The rate increase, not a profit, would be used to cover the expense of whatever the utilities are planning. Profits are what are left over after paying expenses. The OCA also implies there is something dishonest about a “Purchase Power Agreement.”

Not necessarily so. Power purchase agreements are common between enlightened utilities and wind-farm owners. The utility agrees to purchase a wind farm’s power at a certain price and for a certain period, often years. Early PPAs stretched for 20 years. Talk about stability. In the end, the OCA comes off sounding anti-business.

Switching focus to the utilities’ argument: They should have been updating their equipment all along. It’s what we pay them for.

Since the recession put the entire economy in a funk, the demand for power has been pretty much flat, about a 1% growth rate over the last eight years. Any facilities manager studying his electric bill must ask, and loudly, “How do we get that figure down?” The obvious way of reducing power needs has been through greater efficiency, such as switching to LED lights. Imagine millions of homes and businesses making the same swap and it’s easy to see the demand-for-power curve has a low slope.

The utilities certainly don’t help themselves. It’s difficult to sympathize with them because the price of natural gas is so low (On April 2, Bloomberg energy reported $1.94/million BTUs). They should have planned for the shift to natural gas years ago by starting with their least efficient coal plants. We acknowledge that running a vast utility is a bit more complex than writing an editorial. But as wind-power advocates, it’s easy to see solutions to their pollution problems. (A joke from a recent wind conference: Utility executives have a reputation for slooow decisions. So when they saw the EPA planned to shackle them with punishing rules and regulations, a few despaired and decided to end it all. They threw themselves in front of the fastest moving thing they knew of: A glacier.) 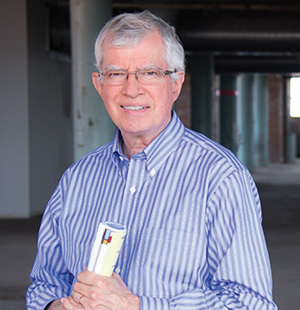 Don’t despair, you guys. We have solutions that will make you look good. Instead of fighting the wind industry, work with it. Sign power purchase agreements with wind farms, buy their power, and crow about it. It’s a win-win. You don’t have to build and maintain new plants, the wind guys do that. You just distribute power. You may have to build a gas-fired plant or two that can cycle up and down to accommodate the variable nature of wind power, but you’ll be heroes…unless, of course, you prefer the role of villains.

Another idea: Promote the use of electric cars with a charging station in appropriate places. I know it is early, but would you not like to sell another 18.4 kWh a day to a Chevy Volt owner,
or 60 kWh to another EV owner? Now imagine a million EV owners. The game is yours to lose.