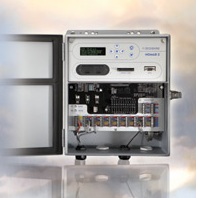 In a recent talk with Second Wind, I learned a group of Dartmouth College engineering students are using a Nomad 2 Wind Data Logger the company donated to study wind in a remote region of Tanzania. Through the school’s Humanitarian Engineering Project, the students will help determine whether winds in Tanzania’s Kigoma region can drive a turbine consistently and productively. The turbine would provide electricity for tasks such as pumping water and charging cell phones and batteries for residents of Kigoma, an inland region of Tanzania bordered by Lake Tanganyika and consisting mainly of small villages that aren’t on electrical grids.

“Western Tanzania doesn’t have much in terms of recorded wind data, and the terrain is variable throughout the region,” says Molly Wilson, one of the student volunteers. “We are assessing wind velocity as well as direction, and are also quite curious about the seasonal variations as data from some areas show strong seasonal correlations coinciding with the rainy and dry seasons.”

DHE will use local knowledge and the small body of existing wind data to select a prospective turbine location. Students will deploy the Nomad on the site for four to six months to aggregate data from wind measurement instruments. DHE students will collect the data and use it to decide whether to go ahead with wind turbine construction.

The wind turbine builds on DHE’s ongoing efforts to help the Kigoma region develop a sustainable economic base. In the program, engineering students design appropriate technology solutions as part of their classwork. Student volunteers implement the solutions in the field. DHE’s first project in Kigoma was developing a cookstove that uses fuel more efficiently, emits fewer pollutants, and can be built by Kigoma residents from local materials. Other projects include an improved coffee stove for drying coffee beans with less fuel, and a composting latrine.

“Wind is by far the most practical energy source for a region that’s trying to become more self-sufficient while lowering its impact on the environment,” says Matt McLoughlin, Second Wind’s director of tower system sales. “The Dartmouth Humanitarian Engineering project is at the forefront of a very practical kind of sustainable development based on local needs and local resources.”

Second Wind’s General Manager Susan Giordano says though it’s not a systematic process, the company does donate the use of its wind measurement equipment from time to time to aid in a particular research project, like with Dartmouth. “For example, in 2009 we donated the use of a Triton for a wind study on Moon Island in the Boston Harbor, where the City of Boston is considering installing a wind turbine,” she says. The ProMast 60 tower is designed to offer wind developers an economical tower and flexibility in configuring measurement systems.

In other news, keeping with President’s Obama’s goals to keep jobs in the U.S., Second Wind will be opening more manufacturing  facilities here. In late 2010, the company opened a manufacturing facility in Newton, Massachusetts to keep up with the growing demand for the Triton Sonic Wind Profiler, and export it to more than 20 countries around the world, including China. Today, the company employs nearly twice as many as it did in 2008. “We expect that the new facility will handle our manufacturing needs for the foreseeable future, including adding 115 jobs by 2014,” Giordano says.

She also explains that in 2011, the wind industry will move more toward an intelligent combination of wind measurement instruments. “Our ProMast 60-m tilt-up towers, introduced in late 2010, make it possible for us to provide an economical tower system that offers a wide range of sensor choices,” she says. Giordano also says the company’s SkyServe data service will really come into its own as a hub for collecting wind data as the market realizes the value of integrating data from tower-based and remote sensors. With Triton, a remote sensing system, Second Wind is in a position to offer a competitively priced alternative to an 80-meter tower. “We’re also going to see Triton enter more countries and be adapted to more and more environments,” she says. “We expect to see continued growth internationally, especially in the Australia, South Africa, and China markets. Recently we’ve partnered with global wind data services providers in these regions to support demand.”