This article comes from the DOE and is authored by Nick Johnson.

Wind energy researchers have entered the final phase of testing a next-generation drivetrain—made of the components of a wind turbine that convert the rotational energy of the rotor into electricity—that will be less expensive, more reliable, and more efficient. This project, funded by the U.S. Department of Energy (DOE), combines innovations across the entire drivetrain system including the gearbox, generator, and power converter.

According to project lead Jonathan Keller, senior engineer at the National Renewable Energy Laboratory (NREL), the technology is meeting design projections and working as researchers expected. This is great news for the project, which features several unique aspects—from advanced technologies to the laboratory test facilities and public/private collaborations—that make the work possible. 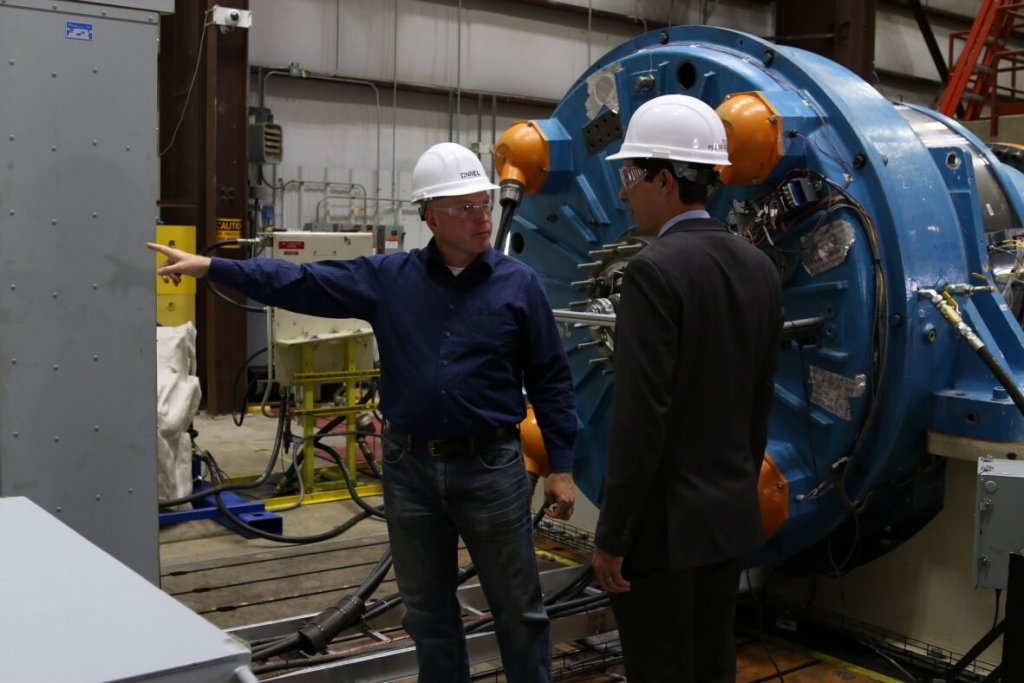 The effort began with a 2010 DOE solicitation funding projects to develop wind turbines that are cheaper, lighter, more efficient, and more reliable. In response, NREL convened its industry partners CREE, DNV GL, and Romax Technology to combine their technologies into one innovative drivetrain design.

DOE funded more than half of the project’s $3 million design, build, and test budget. The industry partners supplied expertise, hardware design, development and fabrication, labor, parts, and equipment. NREL facilitated the project and provided research staff, cost-of-energy modeling, and testing in state-of-the-art facilities designed to put the drivetrain through its paces. These include:

Keller describes the new drivetrain system as a “technology testbed” that uses sophisticated hardware and software that can be incorporated into different gearboxes, converters, and wind turbines. These components include a:

By studying the drivetrain system as a whole and understanding how mechanical and electrical systems interact, researchers and industry collaborators took the best of each part of the system to advance the state of the art. Once testing is complete, these drivetrain technologies will enter the marketplace to support DOE’s goals of improving wind turbine drivetrain reliability while significantly lowering operations, maintenance, and deployment costs.