Cimarron Bend, which began construction in April 2016, will further solidify EGPNA’s position as the largest wind energy company in Kansas with 1.1 GW of projects operating and under construction.

Cimarron Bend, which began construction in April 2016, will further solidify EGPNA’s position as the largest wind energy company in Kansas with 1.1 GW of projects operating and under construction. This capacity required more than $1.7 billion in total investment for Kansas and its communities, and the creation of more than 1,200 construction jobs and over 60 quality full-time jobs in the state.

EGP-NA worked with its long-time strategic partner, Kansas-based Tradewind Energy, to develop the project. EGP-NA and Tradewind Energy have partnered to develop numerous wind projects throughout the Midwest, including EGP-NA’s four other wind projects in the state, Caney River in Elk County, Smoky Hills I & II in Ellsworth and Lincoln Counties, and the Buffalo Dunes wind farm in Finney, Grant, and Haskell Counties.

“The State of Kansas celebrates this milestone for the Cimarron Bend wind project. The strategic development partnership between Tradewind Energy and Enel Green Power has been an economic success story for Kansas. This achievement continues to solidify Kansas’s role as a national energy leader,” said Kansas Department of Commerce Secretary Antonio Soave.

Cimarron Bend has and will continue to play a significant role in boosting the local economy by providing jobs to local citizens, including more than 350 construction jobs at peak of construction and about 10-12 full time jobs for the life of the project. 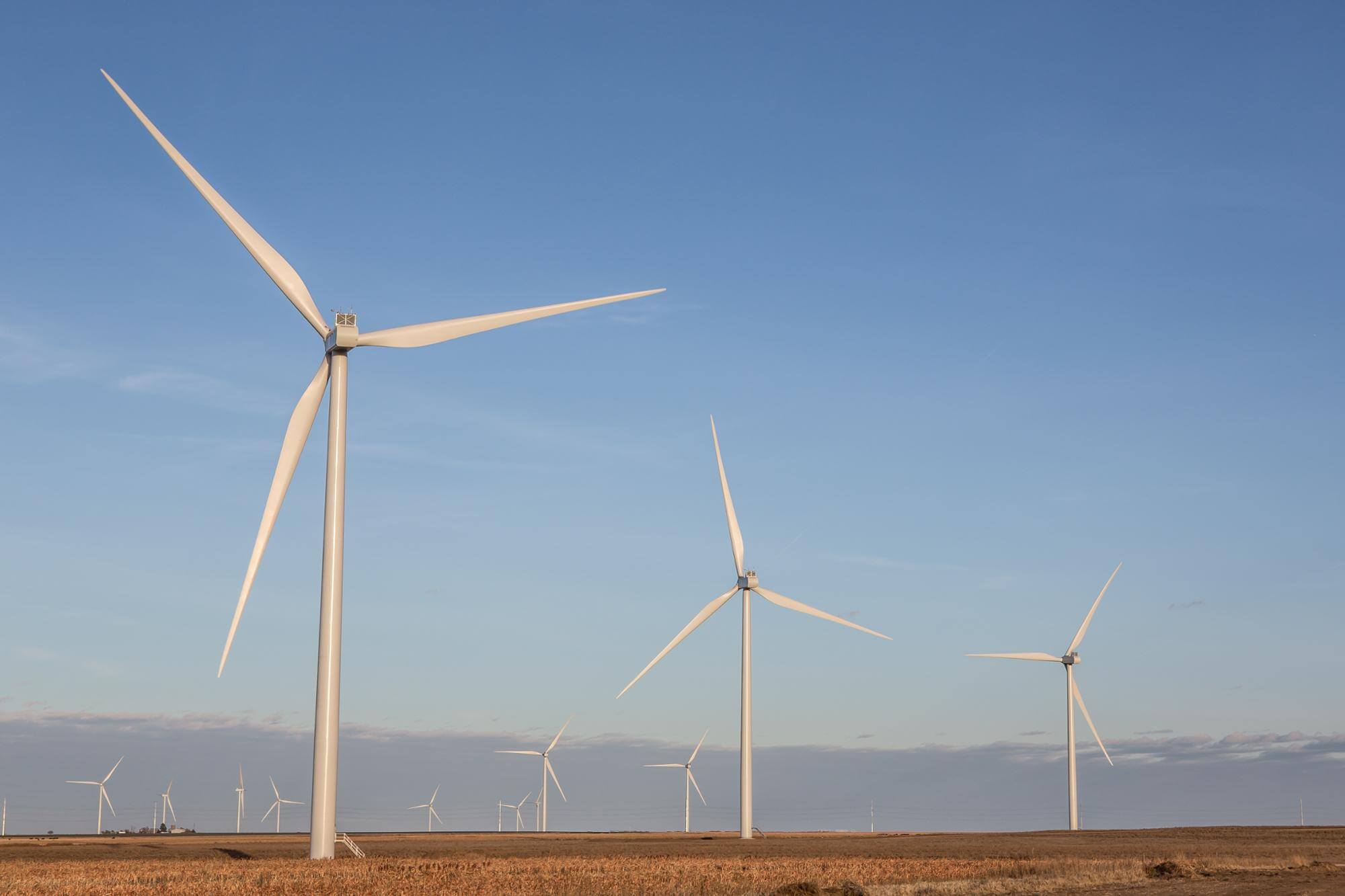 Cimarron Bend will continue to play a significant role in boosting the local economy by providing jobs to local citizens.

The power and renewable energy credits from Cimarron Bend will be sold under two 200 MW bundled, long-term power purchase agreements; one with Google and the other with the Kansas City Board of Public Utilities (BPU). Cimarron Bend is the first of EGP-NA’s wind projects to sell a portion of the power produced to a corporate off-taker. In addition, the Cimarron Bend will play a part in helping Google, the largest corporate buyer of renewable power in the world, reach a company goal of using 100 percent renewable energy for its global operations in 2017.

“The Enel Group believes in sharing its expertise as a renewable energy pioneer,” said Rafael Gonzalez, Head of Enel Green Power North America. “Through our partnerships with like-minded corporations, we look forward to advancing our work in the wind industry and furthering the progress of renewables as a whole”.

EGP-NA believes that sustainability should permeate the business and provide value for all the company’s stakeholders. Since 2008, the company has been investing in the local environment and community in Kansas. Such initiatives include the company’s $8.5 million investment in the restoration and conservation of the Tall Grass Prairie and over $300,000 to local education and scholarship programs.

“We can’t speak highly enough about the tremendous support we received on the ground in Clark County. We worked with the community and our landowner partners for 8 years to develop this project while focusing on the importance of investments like these for rural Kansas communities,” said Brice Barton, Tradewind Energy’s senior development director. “We also owe a debt of gratitude to Google and the Kansas City BPU which early on embraced the economic, social and environmental benefits of this project.”

EGP-NA is currently present in 23 US states and two Canadian provinces with nearly 2.9 GW of managed capacity across four technologies including wind, solar, hydropower and geothermal.