ENGIE North America and Holyoke Gas & Electric (HG&E) have announced plans for the largest utility-scale energy storage installation in Massachusetts. Green Charge, an ENGIE NA subsidiary, will operate the three-megawatt energy storage system at Mt. Tom Solar, which began operation in January of this year adjacent to the former Mt. Tom Power Station. The system will be used to optimize variable solar energy and reduce utility capacity costs for HG&E, the system’s customer while reducing stress on the HG&E distribution system. This project will contribute to rate stabilization for HG&E customers over the next 20 years. In addition, customers will benefit from improved power quality and reliability. Green Charge expects to complete installation by April 2018, in time for the peak summer months when capacity costs are highest.

As part of Massachusetts’ Peak 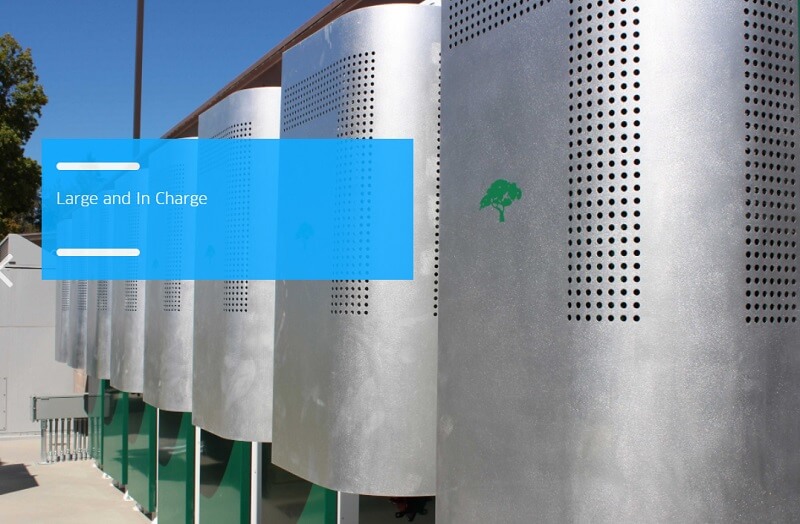 Demand Management Program, HG&E was awarded a $475,000 MA Department of Energy Resources (DOER) Grant. The funds will be used to contract with, schedule, measure, and analyze this state-of-the-art energy storage system. UMass Amherst will quantify the peak reduction value to the distribution system, accounting for equipment value, cost reduction potential, and overall project data. The goal of the grant is to provide research and recommendations on the future distribution system value of battery storage devices throughout the Commonwealth.

“Massachusetts is proud to be a national leader in energy efficiency programs that reduce overall consumption and we are committed to continuing our work to improve energy costs disproportionately affected by times of peak demand,” said Massachusetts Governor Charlie Baker. “The demonstration projects funded through these grants will strengthen our innovation economy and provide the Commonwealth with a roadmap for reducing our most expensive energy loads and securing our energy future.”

While still an emerging energy innovation in Massachusetts, worldwide energy storage is rapidly being considered as a key resource that optimizes clean, renewable energy.  Electricity produced from the Mt. Tom 5.76 MW-DC solar farm will be stored in the energy storage system isolated from, but interconnected to HG&E’s electricity grid.  This stored power will be called upon during local and regional peak load periods to cost-effectively satisfy demand while reducing utility costs and demand charges for customers.  Demand charges are incurred for electricity and capacity taken from the power grid and used during peak demand periods. Although the Massachusetts facility will be solar powered, the company also employs wind power where appropriate.

“We are pleased to work with ENGIE on the Mt. Tom energy storage project, which will produce peak demand and asset management benefits that will help HG&E stabilize electric rates over the long term,” said Jim Lavelle, HG&E’s Manager. “This project also adds a measure of resiliency to our local grid, helping us to better serve our customers.”

Over a 20-year term, HG&E will also use energy storage to reduce the burden on its electrical distribution system, thus increasing overall asset life. Green Charge systems are monitored, optimized, and controlled through its proprietary GridSynergy™ software platform.

“Solar and energy storage are keys to a low-carbon, low-cost energy future and HG&E is taking the lead by moving forward proactively to deploy what we see as the future for the energy industry,” said Frank Demaille, President and CEO of ENGIE North America.

“For several years Holyoke has taken the lead with respect to renewable energy deployment and carbon footprint management,” said Mayor Alex Morse.  “Battery storage will enhance our ability to increase our renewable energy portfolio, and we are hopeful that the Mt. Tom Energy Storage project will be the first of many storage projects that help us advance our environmental stewardship objectives.”