Editor’s note: This article, from law firm Bingham Greenebaum Doll, is authored by Larry Kane and should be of interest to the wind industry. As the nation and California in particular, struggles with limited supplies of fresh water, it is instructive to remind readers that wind turbine need no fresh water for cooling. 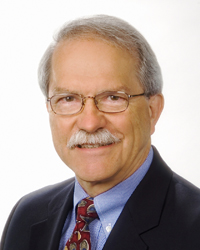 manufacturing facilities was published on Aug. 15, 2014. (See 79 Fed. Reg. 48300.) The rule, referred to in this article as the “2014 316(b) Rule,” is intended to implement the requirement of 316(b) of the Clean Water Act (CWA) for cooling water intake structures that withdraw cooling water from waters of the United States to utilize the best technology available (BTA) for minimizing adverse environmental impact. The new rule also includes minor amendments to the 316(b) requirements for new facilities.

EPA’s 2014 316(b) Rule represents the agency’s effort to discharge its obligations under a settlement of protracted litigation over previously issued rules. The original litigation dating back to early 1993 led to EPA’s adoption of the so-called Phase I rule (for new facilities) in late 2001, the Phase II rule (for existing steam electric generating facilities with large cooling water withdrawal rates) in mid-2004, and the Phase III rule (for smaller existing power plants and manufacturing facilities) in mid-2006.

A second law suit was filed in 2006 challenging the adequacy of the Phase III rule. A further settlement agreement addressing both litigation matters eventually led to the promulgation of the 2014 316(b) Rule. By all indications, litigation over implementation of Section 316(b) is far from over. Thus far, six petitions for review of the new rule have been filed: industry petitions have been filed in the 4th Circuit Court of Appeals (Cooling Water Intake Structure Coalition), 5th Circuit (UWAG and Entergy), and 7th Circuit (American Petroleum Institute), while petitions by environmental advocates have been filed in the 1st Circuit (Environment America), 2nd Circuit (Riverkeeper, NRDC, et al.), and 9th Circuit (Sierra Club). All petitions have been consolidated into a single appeal in the 4th Circuit Court of Appeals by random drawing.

A brief summary of the new rule follows.

Subpart J Applicability. An existing facility is subject to the requirements of Subpart J if: (i) the facility is a point source; (ii) the facility’s cooling water intake structures (CWISs) have a cumulative design intake flow (DIF) of more than 2 million gallons per day (MGD) for withdrawal of water from waters of the United States; and (iii) 25% or more of the water withdrawn by the facility on an average annual basis (“actual intake flow”) is used exclusively for cooling purposes. (Further references in this article to an “existing facility” will implicitly mean an existing facility that is subject to Subpart J.)

On or after Oct. 14, 2014, the owner or operator of an existing facility is subject to the Best Technology Available (BTA) standards for impingement mortality and for entrainment, under subsections (c) and (d), respectively, of 40 CFR 125.94.

Section 125.94(c) provides existing facilities with some flexibility in meeting the new rule’s impingement mortality standard for CWISs. Facilities may select from the following menu of alternatives to comply with the standard:

The seventh alternative, involving an offshore velocity cap, is not germane to inland facilities. In addition to implementation of one of the above alternatives, the permitting agency may impose additional measures, where applicable, to protect shellfish or fragile species. Fragile species are those with an impingement survival rate of less than 30 percent. An example provided in the rule of a fragile species is gizzard shad.

A permitting agency may establish less stringent measures for BTA in two circumstances: (1) for a facility whose rates of impingement are so low that additional controls are not warranted; or (2) for an existing electric generating facility with an annual average capacity utilization rate of less than 8 percent averaged over a period of 24 consecutive months.

Entrainment standard for existing facilities
Flexibility is also provided to existing facilities in addressing entrainment. Section 125.94(d) requires that the permitting agency establish BTA standards for entrainment on a site-specific basis. Such case-specific entrainment standards are to be based on the determination of the permitting agency that the standard will achieve “the maximum reduction in entrainment warranted” after consideration of factors relevant for minimizing adverse environmental impact at a particular facility.

Impingement and entrainment standards for new units at existing facilities

The impingement and entrainment standards for BTA at new units require a facility to reduce the design intake flow for the new unit to a level commensurate with that attainable by a closed-cycle recirculating system for the same amount of cooling. As an alternative to the foregoing standard, a new unit at an existing facility must demonstrate to the permitting agency that the technologies and operational measures employed will reduce the adverse environmental impact from any CWIS supplying cooling water to the new unit to a level comparable to that which would be achieved by the primary standard. As a part of this demonstration, it must be shown that the entrainment reduction is equal to or greater than 90 percent of the reduction that would be achieved under the primary standard.

Additional measures for protection of threatened or endangered species
EPA has introduced, without precedent, a novel feature to the agency’s 316(b) rules relating to the Endangered Species Act that is likely to be controversial. In addition to implementing the regular BTA standards, a permitting agency, including a state permitting agency, may establish conditions in the NPDES permit for a Subpart J-regulated facility to protect Federally-listed threatened or endangered species. Indirect notice of these new features first appears through a “Note to § 125.90” appearing on 79 Fed. Reg. 48430, which states,

The U.S. Fish and Wildlife Service … determined that any impingement (including entrapment) or entrainment of Federally-listed species constitutes take. Such take may be authorized pursuant to the conditions of a permit issued under 16 U.S.C. 1539(a) or where consistent with an Incidental Take Statement contained in a Biological Opinion pursuant to 16 U.S.C. 1536(o).

Section 125.98(b)(1) correspondingly requires that each permit with conditions implementing Subpart J must include the following permit condition: “Nothing in this permit authorizes take for the purposes of a facility’s compliance with the Endangered Species Act.”

The authority to include additional permit conditions to address threatened or endangered species is primarily stated in 40 CFR 125.94(g), which provides that the Director may include additional control measures, monitoring requirements, and reporting requirements “to minimize incidental take of such species” or to “reduce or remove more than minor detrimental effects” posed to such species and designated critical habitat by use of the CWIS. (Emphasis added.)

Similarly, though more abbreviated statements are sprinkled through much of Subpart J., Section 125.94(g) goes on to observe that such additional permit conditions to protect Federally-listed species “may include measures or requirements identified by an appropriate field office of the U.S. Fish and Wildlife Service … during the 60-day review period” to occur prior to public notice of a draft permit. This sounds very much like an ESA consultation with the U.S. Fish and Wildlife Service.

Since “Director” may be a state permitting agency administrator and the new rule nowhere provides expressly that the ESA-related provisions apply only to permits issued by EPA, it can be assumed that the rule intends these provisions to apply to state-issued NPDES permits as well. From EPA’s discussion of this issue at Section VIII.K of the preamble to the 2014 316(b) Rule, it is clear that this is more than assumption. EPA goes so far as to expressly state in the preamble that EPA will use “the full extent of its CWA authority to object to a State … permit where EPA finds … that a State … permit is likely to jeopardize the continued existence of any listed species or result in the destruction or adverse modification of critical habitat.” 79 Fed. Reg. 48383.

Technical information required as part of a permit application to support BTA determinations by a permitting agency continue to be specified in 40 CFR 122.21(r). The informational requirements set forth in § 122.21(r) for existing facilities have substantially expanded due to the transfer to § 122.21(r) of technical information requirements to support compliance with the BTA standards for impingement mortality and entrainment previously contained in 40 CFR 125.95 (which have been substantially revised in the 2014 Rule).

An existing facility with a current NPDES permit that expires after July 14, 2018, must include all information required in the applicable portions of § 122.21(r) in its application for a renewal permit. For permits issued after Oct. 14, 2014, the permitting agency may include specific conditions requiring submittal by the facility of all information required by § 122.21(r) to establish requirements to implement the impingement mortality and entrainment standards of § 125.94. Such permits are also required to include interim BTA requirements as determined by the permitting agency on a site-specific basis pursuant to best professional judgment. However, for an existing facility at which installation of a new unit is planned, the owner or operator of the facility must submit the information required in 40 CFR 122.21(r) to the permitting agency no later than 180 days prior to the planned start date for withdrawal of cooling water for the new unit.

The implementation process for the Subpart J standards for existing facilities is explained in 40 CFR § 125.98. Any NPDES permit issued to an existing facility subject to Subpart J after July 14, 2018, must include conditions that implement the impingement mortality and entrainment standards of Section 125.94. Authority is provided under Subpart J to permitting agencies to require control measures going beyond those required to meet the basic BTA standards for impingement mortality and entrainment if needed, in the determination of the permitting agency, to protect threatened or endangered species, migratory, sport or commercial species, or fragile species.

A permit issued after July 14, 2018, will include a compliance schedule for attaining the BTA standards for impingement mortality and entrainment “as soon as practicable.” However, a new unit at an existing facility, regardless of when the permit relating to such a new unit is issued, must comply with BTA standards applicable to the new unit upon commencement of the new unit’s operation.

The 2014 316(b) Rule makes a small number of revisions to 316(b) requirements for new facilities as set forth in Subpart I of 40 CFR Part 125. These appear to be relatively minor fine-tuning revision