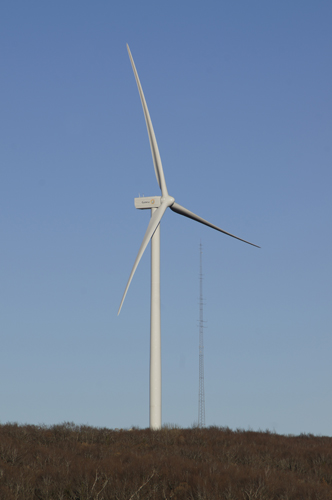 The new installed production line will mainly be used to produce the G114-2.0 MW turbine model, which Gamesa expects to introduce into the Indian market over the course of 2015. In addition, as it is configured as a multi-model line, it will be possible to make two models in parallel: the G114-2.0 MW and the G97-2.0 MW. Both turbines are part of Gamesa’s 2.0 MW-2.5 MW platform, 500 MW of which have already been installed in India. With a rotor spanning 114 m, the G114-2.0 MW turbine’s sweep area is 38% greater than that of the G97-2.0 MW, while it produces 20% more energy per year.

“Technology is a key source of differentiation in terms of maintaining our competitive edge in India,” said Xabier Etxeberria, Gamesa’s business CEO. “The new G114-2.0 MW turbine, which Gamesa will introduce into the Indian market in 2015 significantly cuts the cost of energy of the products custom-designed by the company for low and medium wind speed sites, thereby maximising their performance.”

The the factory’s existing annual capacity will increase up to 1,700 MW. The company’s Indian nacelle factory began to operate in July 2013. Since then, 900 MW of Gamesa’s 850 KW and G97-2.0 MW turbines have been assembled at the facility.

In recent years, India has emerged as one of the countries with the greatest potential for wind energy: according to BTM, India’s installed capacity is set to increase from 21,000 MW to 36,000 MW by the end of 2018 due to growing demand for energy. Gamesa ended 2013 as India’s leading OEM, with a market share of 20%. In the third quarter of 2014, this country accounted for 27% of total group sales.

“In order to defend this position and reinforce our commitment to development of the country’s wind energy sector, over the next five years we plan to invest around €100 million in strengthening our manufacturing capabilities especially for the launch of new products like G114-2.0 MW, further developing our local supply chain and increasing our wind farm development pipeline, a strong competitive advantage in India,” said Ignacio Martín, Gamesa’s chairman and CEO.