Encoders are a forgotten component in wind turbines—at least until they fail.

Wind turbines are a challenging application for encoders, something many OEMs and end-users discover just after installation. The constant vibration and thrust is tough on tiny encoder bearings (and for absolute encoders it’s tough on internal gearboxes).

Another problem is temperature cycling combined with moisture. Encoders typically come from the factory sealed against air exchange. But as the temperature of the encoder and the outside air cycle up and down out of step, the constant pressure on the seals, especially the rotating seal on the shaft, causes them to fail. When the seals degrade the encoder’s optics and bearings are exposed to moisture, dirt, and oil leading to a maddening set of intermittent failures due to internal condensation.

Now customers are moving toward magnetic encoders instead of optical units on everything from blade pitch to generator control. Magnetic encoders have a huge advantage over optical because dust, dirt, water and oil don’t cause a magnetic sensor system to malfunction. Magnetic fields reach through all these materials just as they reach through air.

Even magnetic-sensor-based absolute encoders are available. These eliminate batteries, capacitors and internal gearboxes associated with tracking the number of encoder turns. This greatly improves an absolute encoder’s reliability.

Some magnetic encoder units had or still have a big vulnerability: magnetic fields from DC brakes used to hold the blade pitch position blind or confuse the encoder. In response, some encoder vendors offer shielded models and improved sensors that eliminate magnetic interference.

As many end-users replace failing OEM encoders they often upgrade the encoder bearings or eliminate them. Typical encoder bearings are tiny 20N units and in many small-shafted encoders a single bearing is used. The load and thrust caused by an imperfect coupling or engagement gear quickly overloads the bearings. Moreover, constant vibration causes fretting of the bearing races. So vendors have launched lines of encoders that are mechanically and electrically interchangeable and offer much larger bearings with 10 times or 20 times the existing bearing ratings.

An ever-larger share of wind turbine encoder applications uses no-bearing modular encoder designs. These magnetic encoders are used on the back of the generator or for the blade-pitch motor application. With wider-sensor-gap technology the customer can easily mount these units. With no bearings to wear out and magnetic sensor technology potted safely in solid housings these encoders are maintenance-free. No bearing modular encoders have accumulated a tremendous reputation for reliability in wind turbine applications.

Perhaps the most important trend is in encoder diagnostics. Encoder vendors are now providing “go-no-go” simple LED and remote diagnostics to greatly simplify troubleshooting. These have an immediate, proven effect: They eliminate 50% of the encoder replacements. How? Simply put, 50% of encoders with no diagnostics returned to encoder vendors had been proven to have no fault at all. The user or OEM customer replaced them but didn’t solve the real problem. Later they found the real problem but because the encoder was swapped out during troubleshooting it was suspect. That changes with a modern encoder. The diagnostic LED and feedback to the control system lets users know that the encoder is working and to look elsewhere for the problem.

These huge reliability improvements allow the encoder to go back to “forgotten” (trouble-free) devices in wind turbines. 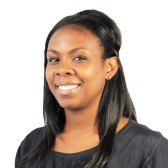