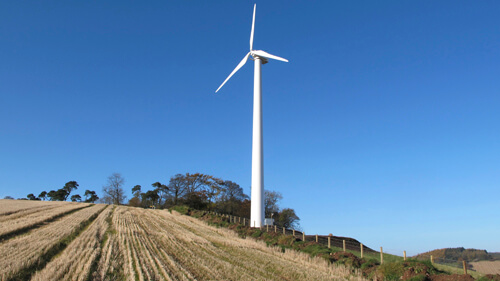 Wind farm developer Lincoln Clean Energy will produce more sites like this since being acquired by investment manager I Squared Capital.

I Squared Capital, through its ISQ Global Infrastructure Fund, has acquired Lincoln Clean Energy (Lincoln), a developer, owner, and operator of wind and solar projects in North America. The transaction includes an operating solar facility in southern New Jersey and Lincoln’s development and asset management platforms, including a development pipeline. Lincoln plans to deploy $250 million in equity investments through 2018.

I Squared Capital is an independent global infrastructure investment manager focusing on energy, utilities, and transport in North America, Europe, and select high growth economies. Lincoln Clean Energy (LCE) is a developer of U.S. wind and solar projects and has successfully developed clean energy projects involving more than $1.5 billion in capital investment in some of the largest U.S. electricity markets since 2011. LCE has led to the construction of more than 4,500 MW of clean energy in North America and Europe over the past 10 years.

Founded in 2009, Lincoln has developed more than $1.5 billion of clean energy projects totaling 1,000 megawatts across North America. The company has assembled a team of veterans from the power industry, such as Declan Flanagan, Founder and CEO,  the former CEO of Airtricity North America. He went on to become CEO of E.ON Climate & Renewables following the 2007 acquisition of Airtricity North America. Declan has led the deployment of over $5 billion in capital in wind and solar projects in the U.S. and Europe and is a former board member of both the American Wind Energy Association and the Solar Energy Industry Association. The Lincoln team includes 18 professionals with over 150 combined years of experience in the renewable energy industry.

The wind and solar industries have received a regulatory boost in the United States following the recent extension of the 30% investment tax credit for solar energy and the 2.3-cent-per-kilowatt-hour production tax credit for wind power.

“This is an opportune time to invest in the renewable energy sector and we are delighted to partner with Lincoln’s high caliber management team, with its proven track record in the development and management of clean energy projects.” said Adil Rahmathulla, Partner at I Squared Capital. “Lincoln’s operational experience and track record, combined with I Squared Capital funding and expertise, positions Lincoln to become a premier renewables generation company in the U.S.”

Commenting on the transaction, Declan Flanagan, CEO of Lincoln Clean Energy said “The Lincoln team is extremely excited to work with I Squared Capital. This partnership lets us enhance execution and value creation while we capitalize on the tremendous market opportunity before us.”