The energy landscape has changed with most countries achieving a more diversified energy mix as well as a growth in community ownerships and an evolution of micro grids.

A report launched at the 23rd World Energy Congress on 12 October reveals that the high growth in the renewable energies market in terms of investment, new capacity and high growth rates in developing countries, are key factors in this notable shift. They have contributed to falling prices and the increased decoupling of economic growth and greenhouse gas emissions. 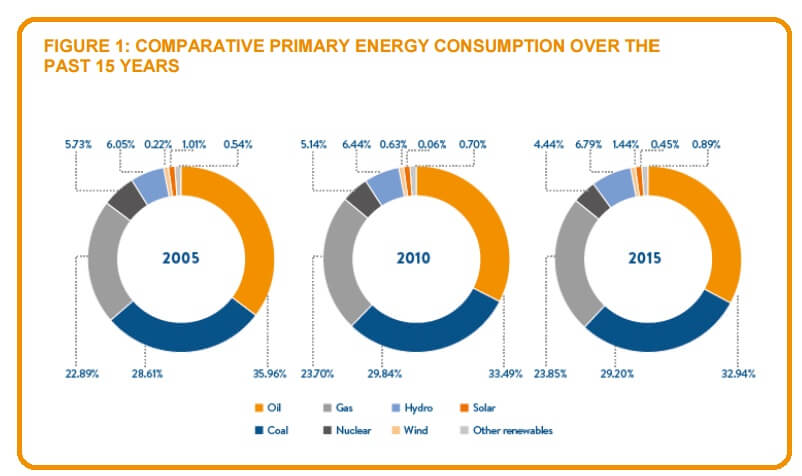 Speaking at the launch of the report, Hans-Wilhelm Schiffer, Executive Chair, World Energy Resources, said: “Our report finds that the diversification of technologies and resources, now applied in the energy sector, creates many opportunities, but the enlarged complexity also leads to increased challenges. With the existing level of volatility, relying on solid facts and data as basis for strategic decision making by the relevant stakeholders, such as governments, international organizations and companies, is becoming even more important than in the past.

Christoph Frei, Secretary General, World Energy Council, said: “We have seen a significant increase of unconventional resources and technology improvement in the renewables space over the past decade. Oil will still be needed for transportation providing over 60% of energy needs but overall oil demand will flatten out. The golden age of gas will continue, with expected output growth between 25% and 70% by 2060.

“Renewables such as solar, wind, and hydropower now account for about 30% of the total installed power generating capacity and 23% of total global electricity production and will continue to grow. However, more progress is urgently needed to scale up action on energy efficiency, electric storage, and carbon capture and storage. With stagnating growth potential in the oil sector and with coal likely to be of little importance by 2060, there will be a shift in the discussion from stranded assets, predominantly enterprise owned, to stranded resources in oil and coal, predominantly state owned. This has the potential to cause significant stress to the current global economic and geopolitical equilibrium and will need to be part of a broadened carbon and climate dialogue.”

Although there has been a significant transition in the energy sector some energy resources have challenges. Despite notable progress, the rate of improvements towards cleaner energy is far slower than required to meet emissions targets.

For the full report: https://www.worldenergy.org/?post_type=publication&p=17298&preview=true