The Lake Erie Energy Development Corporation (LEEDCo) recently began a comprehensive geotechnical investigation of the soils under Lake Erie where they plan to install six Mono Bucket foundations for the Icebreaker offshore wind project. LEEDCo will test the soil and collect samples at each of the six locations, the same type of tests that are done for constructing structures on land. The geotechnical investigation is part of the award that the U.S. Department of Energy made to LEEDCo in 2014 and it builds on the early stage geotechnical work completed in 2013 at the site. 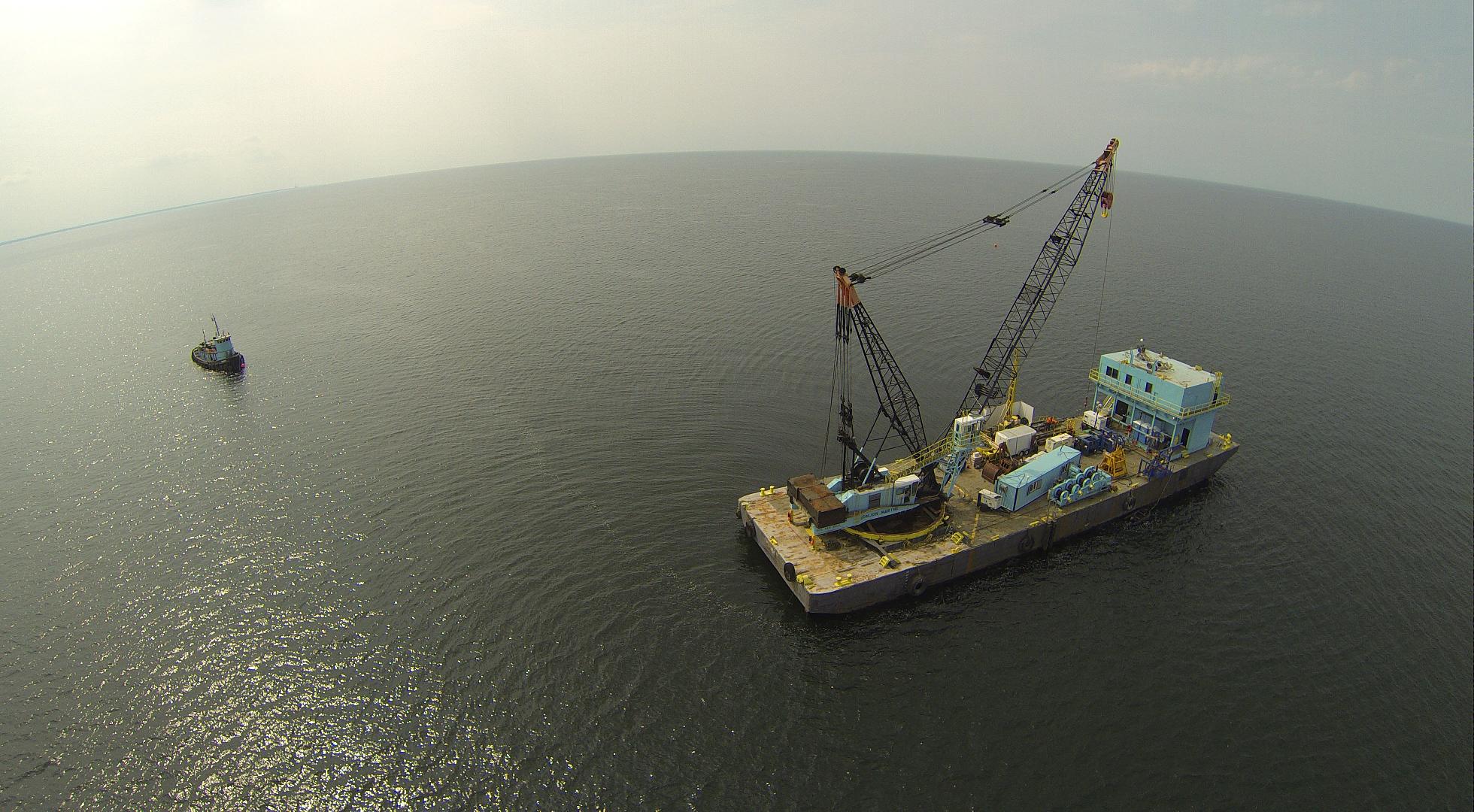 The Lake Erie Energy Development Corp. recently began a comprehensive geotechnical investigation of the soils under Lake Erie where they plan to install six foundations for the Icebreaker offshore wind project.

“We are excited to be moving one big step closer to our goal,” said Dr. Lorry Wagner, president of LEEDCo. “This is an important milestone and demonstrates tangible progress towards the first offshore wind project in the Great Lakes, and in creating a new industry on the shores of Lake Erie to provide clean energy for our environment and jobs for our economy.”

LEEDCo assembled a seasoned team to perform this critical work, leveraging existing infrastructure in the region combined with the specialized expertise not yet available in the Great Lakes. Donjon, Erie, PA, provided their large crane barge, the Farrell 256, whose home is at the shipyard in Erie. Donjon also provided support from their shipyard as the team prepared the barge and other equipment for the work. Gardline Geosurvey, a UK-based firm that recently completed similar work for the Maryland offshore wind project, and DOSECC Exploration Services, a Utah-based firm that conducted the geotechnical survey for the Block Island wind farm project, will perform the soil tests and collect the soil core samples.

The Holiday, a vessel operated by Cleveland-based Trident Marine Corp., will transfer crew between the Port of Cleveland and the project site, seven miles from Cleveland, twice per day, as the work onboard the Farrell 256 will be continuous, 24 hours per day, 7 days per week.

“We are actively supporting the on-site team performing these soil tests to ensure high quality results. This critical information about the project site, combined with what we are learning about the capabilities of fabricators in the region based on recent on-site visits, will be key to achieving the most cost effective solution for LEEDCo, and one that can be manufactured in the Great Lakes region”, said Torgeir Ramstad, head of Universal Foundation, the firm that created and developed the Mono Bucket foundation.

Erie County Executive Kathy Dahlkemper is pleased that work that involves an Erie business is beginning so soon after the County affiliated with LEEDCo. “The Icebreaker project is the first step toward building an exciting new industry in the Lake Erie region with the potential to create thousands of jobs over the long term, many of which could be from firms here in Erie County. Our decision to join LEEDCo earlier this year is a good decision for the future growth of manufacturing in Erie County,” she said.