In early May, gallons of coating rolled off The Magni Group’s Detroit production line, just like any other day. But what made this day special was that one of those cans would be deemed the the company’s 10 millionth. The company even held a party in anticipation of this momentous occasion. What started out as a simple gathering soon became a source of company pride and success. Over 400 employees, partners, clients, family members and special guests from around the world gathered to commemorate this achievement.

“It took Magni 37 years to achieve this milestone,” says The Magni Group’s Founder-Chairman, Dave Berry. “Now, with Magni’s rapid growth, the company is on course to produce one million gallons every year.”

The event featured lavish food, raffle prizes, and a number of surprises, including the high-energy Eastern Michigan University cheerleaders who burst through Magni Industries’ closed side doors to get the party started. On-stage, the Berry family clapped along with the crowd as the choreographed dance squad performed to the songs, “Celebration” and “The Final Countdown.”

As everyone anxiously awaited the 10 millionth gallon of coating product coming off the on-site production line, they counted down in true Times Square fashion. Three, two, one…and confetti filled the tent, after everyone squeezed off rounds from their six-round, celebratory popper pistols. 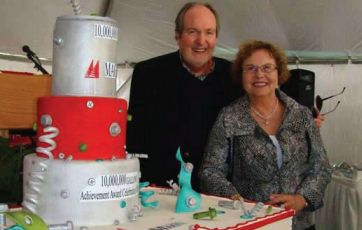 Once the confetti settled, Magni Group’s President Tim Berry unveiled another off-the-agenda surprise when he presented Dave Berry, company owner, (and dad), with a giant 3.5’x1’, accordion-folded birthday card, signed by every Magni employee from the 20 Magni facilities worldwide. It took five months for the card to travel across six continents to collect 380 signatures. The card was printed with “Happy Birthday” in seven languages—English, French, German, Japanese, Korean, Portuguese, and Chinese.

“Only Magni people and our cherished clients can bring such profound energies to an event and make it unforgettable”, says Jen Hall, Magni Marketing. “It’s just magical to feel the enthusiastic spirit only hard-working, good-hearted partiers can bring.  And it’s a relief to finally have all the special secrets revealed!”

With all of the excitement, believe it or not, no one even noticed the rain. 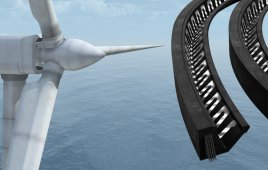 Polyurethane proves it is ideal for wind power seals 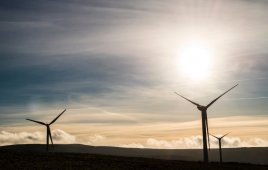