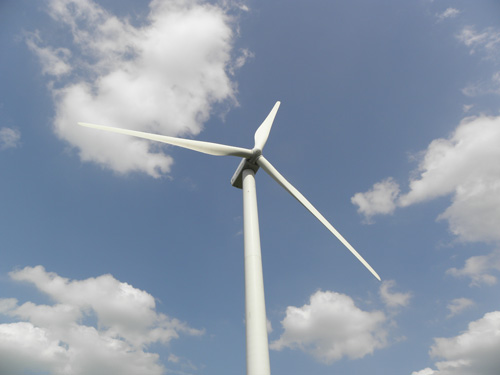 In a recent news release, CWEA detailed that China’s newly installed wind power capacity during the first half of 2015 was 10.1 GW, a significant 40.8% increase on a year-on-year basis, with growing demand for wind turbines from domestic wind farm operators. CWEA also noted that the installed capacity ranking of the top five manufacturers remained the same as 2014. Among others, Ming Yang’s installed wind capacity increased by more than 90% as compared with the same period of last year.

In terms of overall market environment, 2 MW-products have become the main model, accounting for over 50% of total installed capacity in the first half of 2015. According to the news release, Ming Yang had the largest market share of 16.5% of 2 MW wind turbines in China. Riding on this market momentum, the company recently launched a new 2.0 MW model with 118-meter blades, which is able to increase overall power generation by approximately 15-20%, and it is also developing additional manufacturing capacity for its next generation of 3 MW SCD products.

Chuanwei Zhang, Chairman and Chief Executive Officer of Ming Yang, commented: “The rapid growth of the wind power sector in the first half of 2015 met expectations, as the ongoing policy supports for renewable energy within China has led to significant opportunities for the wind power sector. We believe Ming Yang is well positioned to take advantage of this mainstream trend, by leveraging our current largest market share of 2 MW products in China in the first half of 2015, and our expanding manufacturing capacity for the next generation of 3 MW SCD products will further solidify our position in the wind power sector. We believe that given the supportive environment in China, wind power has substantial growth potentials, and Ming Yang will continue to capitalize on new market opportunities to create value for shareholders.”

Filed Under: News
Tagged With: Mingyang