Editor’s note: New York Governor Cuomo has taken action on climate change by mandating that 50% of all electricity in the state must come from renewable energy resources by 2030. New York has already taken steps to modernize its energy system through the Reforming the Energy Vision (REV) — a plan for modernizing and building a resilient and affordable energy system for all New Yorkers. Here’s the release. 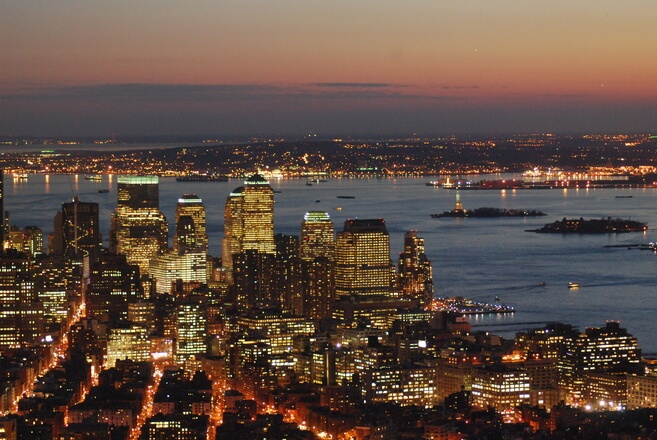 The new Clean Energy Standard, which will be developed by the NY Department of Public Service, is expected to be presented to the Public Service Commission by June 2016.

Governor Cuomo has directed the New York State Department of Public Service to design and enact a new Clean Energy Standard mandating that 50% of all electricity consumed in New York by 2030 result from clean and renewable energy sources. This announcement is made as New York and world leaders convene on climate change in Paris this week at COP 21.

“Climate change is one of the defining issues of our time, and we must act now,” said Governor Cuomo. “As discussions continue in Paris, we are taking real, enforceable actions in New York to lay the foundation for a thriving clean energy economy. With one of the most aggressive renewable energy goals of any state in the nation, we are leading by example to ensure the possibility of a bright future for generations to come.”

New York State has already taken bold action to modernize its energy system through the Reforming the Energy Vision (REV). REV is Governor Cuomo’s strategy to build a clean, resilient, and affordable energy system, and lays the groundwork for the state and the private sector to aggressively add renewables. It will result in lower costs for renewable energy and create new opportunities to scale large renewable energy projects.

Richard Kauffman, Chair of Energy and Finance for New York State, who is participating in the COP 21 talks in Paris, said: “Today’s announcement codifies New York’s commitment to powering statewide economic development with clean, affordable energy. The creation of a Clean Energy Standard is good public policy for the environment and our economy. Under Governor Cuomo’s leadership and as part of his Reforming the Energy Vision plan, we aren’t just talking about protecting and preserving our environment for generations to come – we’re doing it every day.”

The regulatory process to develop the Clean Energy Standard will include the opportunity for full and complete public and stakeholder participation. State law requires that the Public Service Commission takes all reasonable steps to meet New York’s goals set forth in the State Energy Plan. The Governor’s directive sets forth a timeframe by which the Commission should act. The new standard, which will be developed by the Department of Public Service to complement the Governor’s Reforming the Energy Vision plan, is expected to be presented to the Public Service Commission by June 2016.