Editor’s note: This modest event might be of interest to wind advocates because the hydrogen used will probably electrolyzed from water using power ideally generated by Colorado wind. 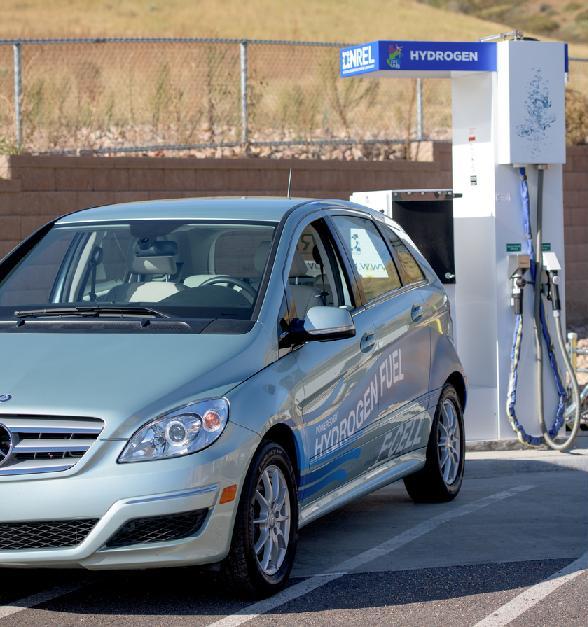 The hydrogen filling station at the NREL facility on Golden, Colo. is open.

The Energy Department’s National Renewable Energy Laboratory (NREL) held a dedication ceremony for its 700 bar hydrogen fueling station, the first of its kind in Colorado, on its campus in Golden. The fueling station is a key part of NREL’s new Hydrogen Infrastructure Testing and Research Facility.

NREL has partnered with automotive companies and their fuel providers to evaluate the on-road performance of hydrogen fuel cell vehicles and the necessary fueling infrastructure. The dedication ceremony was followed by an open house with a chance to view the fueling station and hydrogen-powered vehicles, participate in ride-and-drive opportunities, and talk to NREL’s scientists.

NREL’s fueling station dedication coincided with the first celebration of National Hydrogen and Fuel Cell Day – a date chosen in recognition of the atomic weight of hydrogen (1.008). The occasion is intended to raise awareness of fuel cell and hydrogen technologies that provide reliable and resilient power, reduce greenhouse gas emissions, and increase America’s energy security.

A few hydrogen fuel-cell vehicles are running on U.S. roads. Toyota, however, is making a few hundred available for lease in California.

The hydrogen test facility is to support research and development projects funded by the Energy Department’s Fuel Cell Technologies Office in the Office of Energy Efficiency and Renewable Energy as well as industry, government, and university partners. NREL is the U.S. Department of Energy’s primary national laboratory for renewable energy and energy efficiency research and development. NREL is operated for the Energy Department by The Alliance for Sustainable Energy, LLC.