Present and future wind professionals came together in Estherville, Iowa, last week at WindTech, Windpower Engineering and Development‘s hands-on training event for wind technicians. The first WindTech of the 2013 season, it went great, and we’re looking forward to future events in California, Oregon, and Texas. You can read about them here.  Per usual, I attended camera-in-hand and snapped a few shots for the wider world’s enjoyment. Here you are: 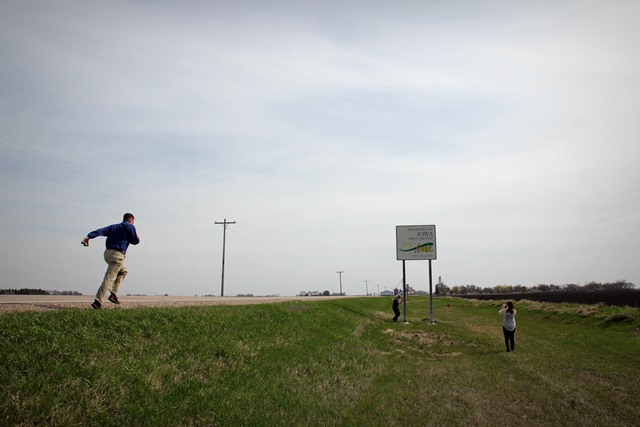 Tom Lazar, a sales manager at Windpower Engineering and Development, runs toward Iowa in anticipation of WindTech, which would start the following day. Editor Paul Dvorak and social media coordinator Heather Centorbi stop at the Iowa-Minnesota state line for a picture. Iowa Lakes Community College in Estherville hosted WindTech. This is a Vestas 1.65-MW turbine on campus. Editor Paul Dvorak opened the event. He said wind technicians play a vital role in the wind energy industry, and companies want them to be well trained and safe. Bruce Collins, a keynote speaker, started his career in wind as a service technician for Vestas in 2009. “Ask questions. That’s the best thing young wind technicians can do,” he says. 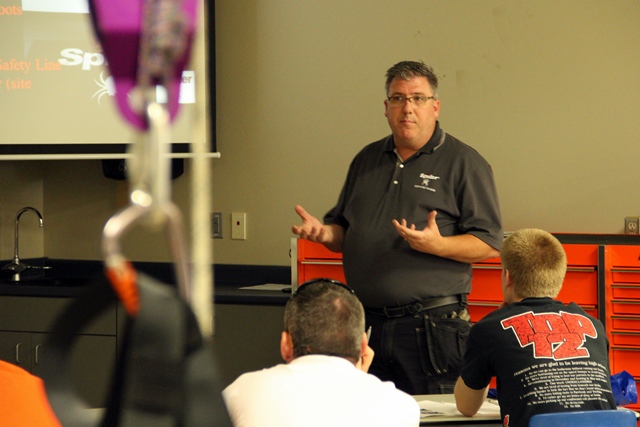 A windpower veteran, Spider‘s Clint Ramberg has 15 years or experience with both supported and suspended scaffolding. He was a keynote speaker and classroom lecturer. A forklift certification was among the hands-on offerings at WindTech. Other sessions included CPR, torquing and tensioning, blade repair, and blade access. 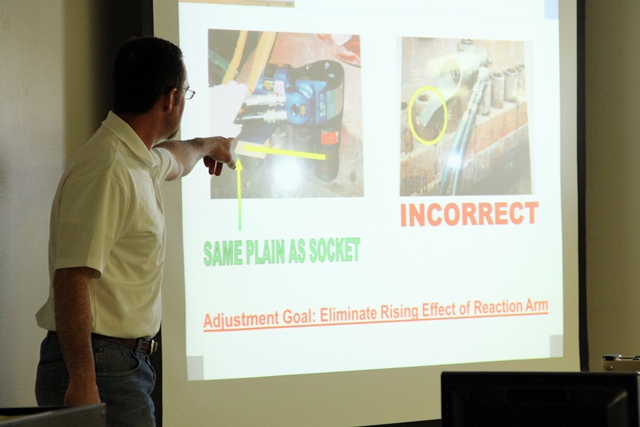 Dan Templeton of Hytorc discusses bolting with wind technicians in a classroom session. KidWind came to Iowa Lakes’ campus at the same time as WindTech. The KidWind Project is a team of teachers, engineers, and scientists committed to innovative energy education. Here, 12-year-old David Holt stands by his test turbine. He says windpower is a “good thing.” Rob Yedlin of KidWind takes measurements of a group’s wind turbine. Groups were awarded based on power output and other criteria. Also dropping by Iowa Lakes for KidWind and WindTech was Lt. Governor Reynolds, the Co-Chair of the Governor’s STEM (Science, Technology, Engineering, and Math) Advisory Council. She spoke during lunch. One of many wind farms in the Iowa Lakes region. I can’t wait to come back next year for WindTech 2014!