Editor’s note: Lithium is used in high power density batteries that work in EVs and serve grid stability functions. However, its supply is a concern because it seems mostly available from one South American location. The news here reports on other sources.

Priorities regarding energy sources are shifting due to innovation in new energy technology sectors is growing rapidly. One of the most interesting developments has been in the lithium-ion batteries market, which is already being used in a wide array of applications. Recently published research on the global battery energy storage market for smart grid by Technavio, a firm that focuses on emerging market trends, claims that the li-ion batteries segment is projected to reach 3,130 MW by 2020, growing at a CAGR of close to 72%. MGX Minerals is a diversified Canadian mining company engaged in the development of large-scale industrial mineral portfolios, such as lithium, in western Canada, the circled areas to be precise.

MGX Minerals Inc is a diversified Canadian mining company engaged in the development of large-scale industrial mineral portfolios in western Canada. The Company focuses on lithium, magnesium and silicon projects throughout British Columbia and Alberta. The Company is the largest lithium brine land holder in Canada, controlling nearly 487,000 hectares of land representing over one million barrels of brine production per day.

Recently, MGX Minerals announced that it, “has successfully extracted lithium from heavy oil waste water. Results are part of the continuing optimization for completion and deployment of a pilot plant in support of its 487,000-hectare Alberta lithium project.

The company owns a patent-pending process (U.S. provisional patent No. 62/419,011) for the extraction of lithium and other valuable minerals from oil brine. This technology is the first of its kind, reducing production time of lithium from brine by 99% compared with conventional lithium brine production times that use solar evaporation. Process time is reduced from about 18 months to one day using MGX’s process.

Heavy oil evaporator blowdown waste water (EBD) is one of the byproducts of steam-assisted gravity drainage (SAGD) during production of heavy oil. EBD was specifically targeted as the waste water contains mid-level concentrations of lithium and has the potential to generate high environmental revenue based on current disposal costs. MGX and PurLucid Treatment Solutions are working to combine their respective technologies and develop a pilot plant suitable for commercial use that will treat EBD to provide oil sand producers with additional environmentally friendly disposal options as well as recover valuable minerals such as lithium.” 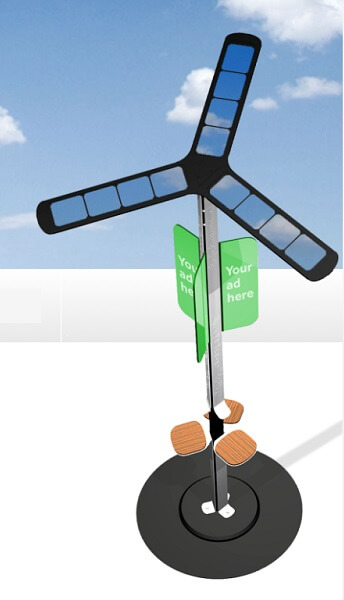 The solar charging stations from NRG Energy are powered by the latest in solar panel and lithium batteries, which are seamlessly incorporated into each station to ensure the unit has enough energy for people to power up in various weather situations.

Ballard Power Systems Inc. is a clean energy company that focuses on the design, development, manufacture, sale and service of fuel cell products. It aims to become the leading global provider of innovative clean energy solutions. In November 29, 2016, the company signed a Long-Term Sales Agreement with Solaris Bus & Coach, a major European bus manufacturer. Under the agreement, Ballard will provide fuel cell modules to support deployment of Solaris fuel cell buses in Europe. The fuel cell module is a clean energy alternative to diesel auxiliary power units (APUs) currently used in Trollino buses. The initial order will be 10 FCveloCity-HD fuel cell modules, which are expected in 2017.

SunPower Corporation provides innovative and sustainable solar solutions to residential, commercial and utility customers worldwide. The Company designs, manufactures, and sells rooftop and solar power systems under construction and development agreements. In December last year, the company announced to partner with Sulphur Springs Valley Electric Cooperative (SSVEC) to dedicate a 20-megawatt solar photovoltaic power plant that generates clean, renewable solar power for customers in SSVEC’s service territory. Under the agreement, SunPower will provide a complete solution and operation to the solar plant while SSVEC will purchase the power generate by the solar plant for 20 years.

Filed Under: Uncategorized
Tagged With: financialbuzz.com