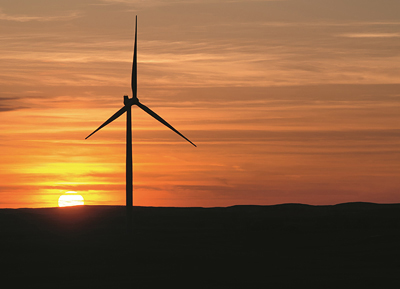 Siemens is providing long-term service and maintenance at the Bison Wind Energy Center, which is currently the largest wind project in North Dakota.

Under terms of the agreement, Siemens will provide 10 years of service and maintenance for the D3 turbines installed in the first three phases of the Bison Wind Energy Center, which were built in 2010-2012, as well as Bison Phase 4, which began operations in January 2015. This includes a total of 85 SWT-3.0-101 direct-drive turbines at Bison Phase 1B, Bison 2 and Bison 3.

The commissioning of Bison 4 this past January brought the total capacity of the Bison complex to nearly 500 MW, making it the largest wind energy project in North Dakota. The project delivers power via a 465-mile direct-current transmission line that connects the Square Butte Substation in Center, North Dakota, to Minnesota Power’s Arrowhead substation near Duluth, Minnesota. With the commissioning of Bison 4 in January, Minnesota Power reached the state of Minnesota’s current 25% renewable standard for 2025 a decade early.

“Siemens and Minnesota Power have a long history of working together and this is a continuation of our ongoing collaboration,” said Mark Albenze, CEO of Siemens Wind Service and Renewables business. “A committed supporter of renewable energy, Minnesota Power boasts the largest fleet of Siemens’ D3 turbines in the U.S. We look forward to working closely with them to help with the continued reliability, affordability, and sustainability of their renewable energy projects.”

Siemens currently provides service and maintenance for more than 3,700 installed wind turbines in the Americas region and more than 9,000 globally, with a combined generating capacity of approximately 22 gigawatts (GW).