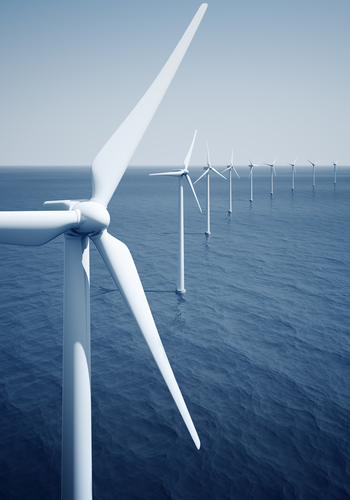 The UK will remain the leading offshore wind power market globally by 2025, with its installed capacity increasing from 4.5 GW in 2014 to 23.2 GW by the end of the forecast period, representing an impressive Compound Annual Growth Rate (CAGR) of 30.5%, says research and consulting firm GlobalData.

The company’s latest report states that the UK accounted for a significant 51.3% share of global offshore capacity in 2014. Denmark and Germany followed, with respective shares of 14.5% and 11.9%.

According to Harshavardhan Reddy Nagatham, GlobalData’s Analyst covering Power, the UK and Denmark’s shares are expected to decrease to 30.6% and 4.4%, respectively, by the end of 2025, mainly due to other countries, such as the U.S. and China, increasing their market presence over the forecast period. Germany’s share will grow to 16.1% by the end of 2025.

The UK’s installed offshore wind power capacity increased from 0.4 GW in 2007 to 4.5 GW in 2014, at a CAGR of 22.3%, driven primarily by strong policy support and aggressive targets.

While these factors are currently driving the market, there is more uncertainty following the UK environment minister’s calls for a reduction in offshore wind sector costs. However, industry leaders have urged the minister to provide more clarity on long-term offshore wind power support to improve project investment.

Nagatham says: “The UK government is aiming to achieve 18 GW of offshore wind capacity installations by 2020, based on the roadmap laid out by the Department of Energy & Climate Change (DECC). To incentivize project development, it is looking to reduce the generation cost by 30% to £100 ($152.2) per megawatt hour.

“Despite the higher costs of offshore wind compared to onshore, the government continues to support the former with contracts for difference, with the aim of achieving lower generation costs in the long term and the 18 GW installation target.”

The analyst concludes that the UK possesses the largest offshore wind resources in Europe, with the North and Irish Seas providing high-potential areas for offshore wind farm developers.

Siemens remained the UK’s leading offshore wind market player in 2014, boasting a 76.2% share of the country’s cumulative capacity. Vestas was a distant second, with 19.9%, followed by Senvion and Samsung with 3.8% and 0.2%, respectively.