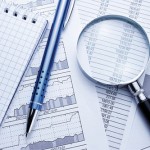 Rarely, if ever, has there been a time in the United States when financing wind energy was not challenging.

Currently, one of the biggest issues in wind financing is a lack of clarity in new federal income tax rules for the production tax credit (PTC). Specifically, there is confusion with tax issues surrounding details of when construction begins on projects under development.

To put this in context, despite the apparent anti-renewable tendencies espoused by conservative federal legislators, last year the United States Congress actually favorably redefined the federal income tax rules for the PTC, which most notably benefited the wind industry. As a result, while Congress generally continued to devolve into policy gridlock, the wind-energy sector was at least technically able to continue developing projects due to these new tax rules.

Unfortunately, Congress left the actual explanation of the rules for the PTC to the Internal Revenue Service (IRS) which did not sufficiently clarify the rules nor satisfy the capital markets, resulting in a slow rolling freeze in financing of many large wind projects. Fortunately, the administration, via Treasury and the IRS, responded with additional clarity to help break the logjam in the capital markets to help move forward projects with financing delays.

While this all seemed to be in response to what was at the time a fast approaching deadline to qualify for the PTC, it was as much about the Investment Tax Credit (ITC) as the PTC. This is because for many wind projects, the ITC is viewed as being a relatively better financing tool than the PTC. For some investors the additional structural flexibility provided by the ITC (and the corresponding GAAP opportunities) makes it the focus of the deal. However, under current tax law, the ITC is expected to expire at the 30% rate by the end of 2016. For projects that can meet the tax rules for being “placed in service,” it’s now or never to get the deal done. This is why the delay in getting IRS clarity to the capital markets unfortunately burned off some valuable wind-project development time.

Unless your project is so large or your PPA so strong that you could surrender the tax credits altogether, it’s still the tax rules that remain critical, omnipresent federal tax questions that govern wind-project finance.

In the end, these tax-based financial issues remain with us even as wind remains a bona fide industry that exists in a larger and ever expanding global energy market sector within both macro and microeconomic terms. It’s a shifting landscape that makes for interesting times for renewable-energy financing here in the United States.