A study by the UPV/EHU-University of the Basque Country has analysed the electricity market in Spain from 2008 to 2012, the period that saw the maximum penetration of renewable energy 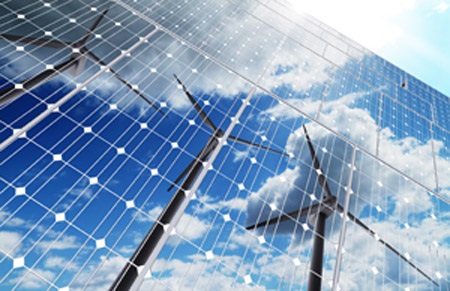 The work described here is part of the PhD thesis of Cristina Pizarro-Irizar, Telecommunications Engineer of the UPV/EHU. It has been written with funding from the non-PhD-holder research personnel training program of the Department of Education and other organizations.

Promoting renewable energy is at the heart of the current debate on energy policy. From an economic perspective, the question focusses on determining the cost of the feed-in tariff systems. First, whether the incentives are as expensive as has been maintained in the most recent regulatory modifications, and second, whether the effect is similar with respect to all renewable technologies. The study by the UPV/EHU’s Bilbao Energy Research Team (BERT) tackles these questions and concludes that wind energy continues to produce greater savings than what its incentives amount to. Photovoltaic technologies, however, are still in a development phase. The study has been published in the Journal Energy Policy.

The UPV/EHU study analyses the electricity market in Spain from 2008 to 2012, a time of maximum renewable penetration in Spain, and when energy production within the Special Scheme saw a 57% increase and quantifies its cost.

To do this, they first measured the market savings produced by participating in renewable sources, and second, they calculated the amount paid in the form of incentives to green energy. The difference between the two figures represents the net cost of renewable energy. In contrast to other studies published until now, “in this work the separate results for renewable technology are presented for the first time, demonstrating that the general conclusions cannot be applied to all the technologies across the board,” pointed out Cristina Pizarro-Irizar, the lead author of the research.

As regards the most significant results obtained, they stress that in the initial stages (2008-2009), when the installed renewable capacity was much lower, the savings that renewable generation as a whole produced on the electricity market exceeded the costs of the system. “It signified savings of between 25 and 45 euros/MWh, depending on the year,” stresses Pizarro-Irizar.

However, from 2010 onwards when renewable generation began to grow exponentially, the regulatory costs rose excessively, imposing a positive net cost on the system. “The penetration of renewable energy starts to be so high that the market prices do not fall any further and yet the costs of the incentives do in fact rise. There is a turning point and it is at that precise moment that the system is no longer sustainable. On the Spanish electricity market, that turning point was reached in 2010,” explained Cristina Pizarro-Irizar.

In any case, when analyzing the various renewable sources separately, they saw substantial differences . These are due to the market penetration of each of the technologies and to the difference in incentives between technologies, says Pizarro-Irizar.

So “today, wind energy continues to produce greater savings than what its incentives amount to, while photovoltaic solar technologies have not yet managed to secure a big enough participation on the electricity market to be profitable, because they are still in their development phase,” she says. That is, “market costs would be higher if there was no wind energy, but that would not happen with solar technologies, which have traditionally received higher feed-in tariffs,” pointed out Pizarro-Irizar.

She concludes that “this research points to the importance of designing the incentive systems correctly and the risk of oversizing the feed-in tariff for some technologies”.

It should be pointed out that Pizarro-Irizar does not see a promising future for renewable energy, because of the lack of grants, among other things, no new renewable capacity is being installed in Spain. “All this will affect us, from the environmental point of view because we will go on generating energy using technologies that emit carbon dioxide. and there will be an economic effect due to the use of technologies that use natural gas which must be imported,” says Pizarro-Irizar.