This article comes from the Office of Energy Efficiency & Renewable Energy. This blog is part of a series that explores offshore wind technical challenges that are different in the U.S. than in other countries. 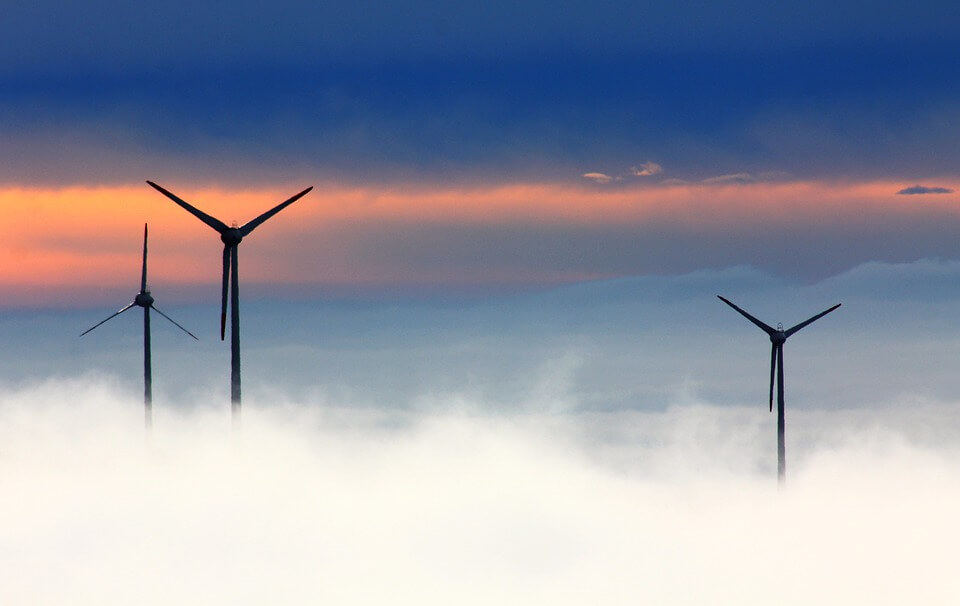 In addition to the wind hitting the turbine, the turbine’s foundation also has to contend with large, powerful waves.

As noted earlier in this blog series, 13,000 megawatts of offshore wind has been deployed worldwide, yet the U.S. only has one commercial offshore wind farm in operation. The first blog explained that technological advancements in floating foundations are needed to make offshore wind economically feasible in the deep waters off the U.S. Pacific coast, as well as off the coasts of Maine and Hawaii.

This might be part of the reason why most near-term offshore wind development is planned for the East Coast from Massachusetts to North Carolina, where a substantial part of offshore wind resources involve water shallow enough for fixed-bottom foundations. However offshore wind turbines on the Atlantic coast (as well as the Gulf Mexico), have another challenge to contend with: hurricanes, which we’ll explore below.

Recent hurricanes Irma and Maria inflicted a lot of damage on infrastructure, including energy infrastructure. Wind turbines, whether they are land-based or offshore, have built-in mechanisms to lock and feather the blades (reducing the surface area that’s pointing into the wind) when wind speeds exceed 55 miles per hour. Basically, the wind turbine is essentially in “survival mode,” waiting for the storm to subside, so it can safely go back to producing energy.

Offshore, storms can be even stronger. In addition to the wind hitting the turbine, the turbine’s foundation also has to contend with large, powerful waves. The engineers who design wind turbine systems use models to understand how different loads, like winds and waves, will impact a wind turbine and its foundation. The models they use need to be further refined to predict turbine loading in extreme conditions.

The Energy Department has previously funded work in this area through the National Renewable Energy Laboratory (NREL). NREL, working with the University of Miami, linked its preexisting wind turbine simulation software (called FAST) up with the atmosphere-wave-ocean forecast model. It is used for hurricane research and prediction to create a new “Coupled Hydro-Aerodynamic Interface for Storm Environments.” This tool helps wind system designers to lower the risk for offshore wind turbine systems located in extreme weather areas.

Offshore wind developments have already been proposed in hurricane-prone regions of the United States.  In fact, research priorities of a new offshore wind R&D consortium to be funded by DOE may include a focus on improving the understanding of extreme metocean conditions—such as those experienced during hurricanes—to better predict potential failure modes of turbines operating in these areas, leading to the adoption of more robust engineering designs.

While there is currently limited data due to the small number of deployments, the twisted jacket foundation discussed in the previous blog in this series may be a promising design for hurricane-prone areas. A foundation of this type used by the oil and gas industry withstood a direct hit from Hurricane Katrina (category 5) in 2005 and emerged unscathed.

In another DOE-funded project, NREL designed and analyzed a hypothetical 500-megawatt offshore wind plant to be deployed in 25-meter (over 80-foot) waters in the Gulf of Mexico. Some of the features of this hypothetical wind farm included a twisted jacket foundation from Keystone Engineering and a customized lightweight direct drive generator from Siemens.

Perhaps the most surprising component of this system is the rotor designed by Wetzel Engineering. To optimize the project for hurricane resiliency and structural efficiency, the wind turbines use a downwind orientation—opposite from the upwind design used in virtually all utility-scale wind turbines today. Upwind turbines use a wind vane and a yaw drive to constantly turn the top of the turbine to face into the wind. A downwind turbine avoids these components and lets the wind blow the blades away from the tower. This allows the blades to be more flexible and permits them to bend in high winds without the risk of them hitting the tower, thereby reducing the risk of structural damage during a hurricane.

Although hurricanes and the damage they can cause remain difficult to predict, with current R&D, the Energy Department is taking steps to alleviate potential risks to offshore wind systems that will eventually be deployed in the southeastern and mid-Atlantic regions.