With attendance over 10% more than last year, 7,200 left the U.S. wind energy industry’s annual conference in New Orleans yesterday excited about what’s next for the industry as it prepares to grow to supply 10% of U.S. electricity by 2020.

As American wind power has grown rapidly in recent years, so have the benefits for American consumers and the environment. Consumers in the 10 states with the most renewable energy pay less on their electricity bills than the 10 states with the least amount of renewables. Wind energy is the cleanest source of utility-scale electricity production and carries a legacy of care for the environment and wildlife. These benefits will only grow as the U.S. taps more into this homegrown source of electricity.

“Our entire industry is energized,” said Tom Kiernan, CEO of the American Wind Energy Association (AWEA). “I’ve heard all week from our investors, developers, suppliers, and manufacturers; they’re ready to add another chapter to this American success story by continuing to innovate and cut costs. AWEA is ready to equip the industry with whatever it needs to keep our momentum going.” 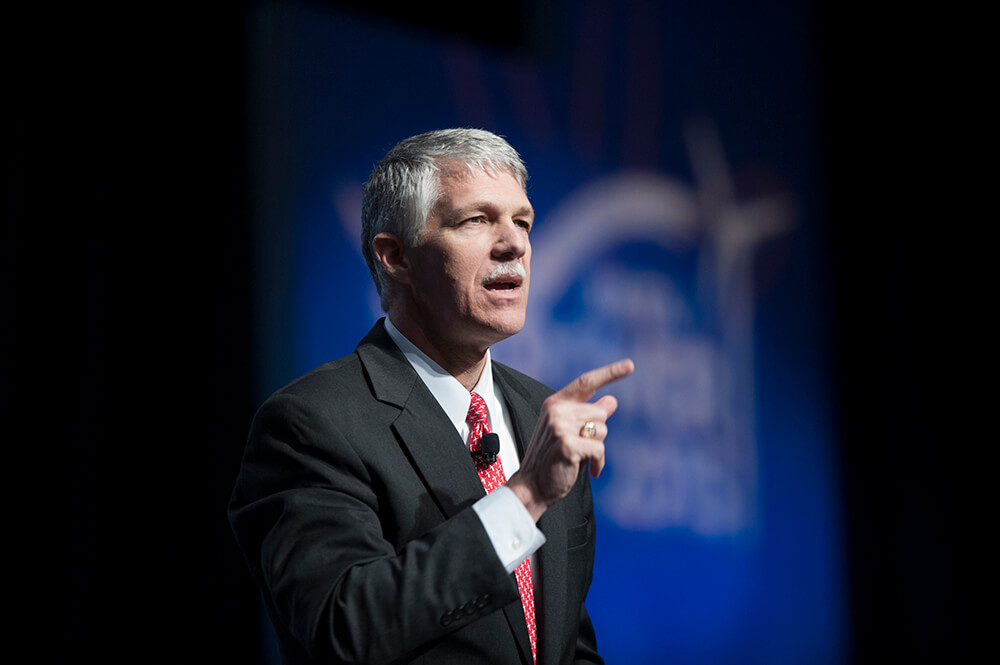 Strengthening America’s transmission infrastructure is a key element to maintaining wind power’s momentum. Building long-distance power lines from areas with rich wind resources to places where the most people live makes for a better, more resilient grid and lower power bills. AWEA recognized three leading transmission advocates during the conference for their work pushing for progress in this critical area.

A 2016 Gallup poll found 73% of Americans say U.S. should “emphasize development of alternative energy such as wind and solar power,” and another poll found a majority of Republicans increasingly favor transitioning to a clean energy economy.

AWEA’s annual WINDPOWER Conference and Exhibition is the Western Hemisphere’s largest wind power trade show all year and brings together thousands of wind power developers, manufacturers, workers, executives, and other stakeholders, to make deals, educate, and network. As WINDPOWER 2016 wrapped up in New Orleans, conference organizers were already starting to plan for WINDPOWER 2017 in Anaheim, California, May 22 to 25, 2017.

“After listening to our attendees, we unveiled big changes this year, with everything from the exhibitors to presenters to student competitions all taking place on the show floor,” said Jana Adams, Senior Vice President of Membership Value and Experience. “As a result, we saw more attendees, more exhibitors, and more presenters. And you can be sure at WINDPOWER 2017 in Anaheim there will be even more enhancements to come!”

Emerging as a new market driver for wind power’s growth are a growing group of corporate buyers of wind power, including big-named brands like General Motors and Walmart, as well as cities and universities. Of the wind power capacity contracted through power purchase agreements (PPA) in 2015, 52%, or 2,074 megawatts (MW), were signed by these types of buyers. Representatives from GM and Walmart discussed the current and likely future state of this trend during one of the dozens of panels held this week at the conference.

“When looking at wind deals, cost savings are one attribute I can bring up when I talk to our finance and accounting department,” said Rob Threlkeld, Global Manager, Renewable Energy, for GM. “Have you ever seen your electric bill go down for multiple years at a time? They say they’ve seen months, but never years.”

The theme of this year’s conference, ‘Generation Wind,’ helped promote several ongoing efforts to help prepare the next generation of leaders for the rapidly growing U.S. industry. After several activities kicked off, including theNational KidWind Challenge, the Collegiate Wind Competition, and participants arrived as part of the Emerging Leaders Program, the Women of Wind Energy (WoWE) held its annual luncheon during the conference to promote the next generation of women leaders in wind energy.

“WINDPOWER has inspired all of our members once again,” said Kristen Graf, Executive Director of WoWE. “Our 11th annual networking and awards luncheon was attended by nearly 400 men and women, showcasing the amazing women working in renewables and support women just starting through our Rudd Mayer and Wind at Our Backs scholarships. This year was no exception and with the larger conference and new show layout we were able to reach a wider audience and connect with new people interested in supporting the WoWE mission of a strong diversified renewable energy workforce.”

AWEA honored three people for contributions to the industry, enabling thousands of megawatts of wind to connect to the grid, including: