Dale Berg- Dale Berg has worked in wind energy since 1981. He earned BS and MS degrees in mechanical engineering from Michigan State University and the University of New Mexico, and then a PhD in aeronautics from the California Institute of Technology.  Throughout his career Berg has developed and been a part of teams that have developed key innovations that make wind systems a reliable and competitive source of energy.  In the early 1980s, for example, he was a member of the team (together with Paul Klimas of Sandia and Professor Gerald Gregorek of Ohio State University) that developed the first airfoils specifically for wind-turbine applications. Up to that time, blade airfoils were those used on aircraft and sailplanes.

Berg was also a major contributor to the aerodynamic and structural design of the technologically innovative and variable-speed Sandia 34-m Testbed Vertical Axis wind turbine in the late 1980s. “We used airfoils we designed just for VAWT applications. They used step-tapered blades – a 36-in. chord at the equator, stepped to 42-in. chord for a distance, and then to 48 in. up to the tower, both top and bottom. Each of five sections was a constant chord aluminum extrusion.  All prior VAWTs used constant-chord blades. We also designed it with a “soft” tower to make it lighter, so there were blade and tower resonances that it had to pass through to reach upper rotational speeds.” All wind turbine companies today use similar application specific airfoils.

At the time of the 34-m VAWT, most turbines were constant speed, sometimes with a two-speed transmission. “There was a lot of discussion as to whether variable-speed operation would result in enough additional energy capture to justify the cost. The variable speed on our turbine was enabled by use of a generator-inverter combination that could output 60-Hz ac power over a range of input speeds. We developed a control strategy that avoided operations at the blade-tower structural resonances within our 25 to 38 rpm operating range, while maximizing performance for wind speeds ranging from cut-in at 6 m/s to rated at 15 m/s.” More recently he worked on turbine aerodynamics, and the development of systems for aeroacoustics testing, analysis, and data-acquisition.

Aeroacoustics testing characterizes the noise generated by the turbine blades and identifies where it’s coming from. “This helps develop quieter blades. The test data will also help validate the analytical codes under development at Pennsylvania State University under Sandia contract. It will let us accurately predict blade noise generation and propagation. These codes will help develop quieter blades, because we will be able to quickly and cheaply evaluate alternate designs to determine which generates the least noise. The only way to do this now is to build and perform extensive acoustic tests on full-scale blades of each design,” he adds.

Today, Berg continues that innovative spirit, as he leads a multidisciplinary team of Sandia employees and contractors developing a turbine rotor that integrates blade-mounted load and flow sensors, small and fast-response blade control surfaces, and imbedded intelligent control systems (frequently referred to as a “smart” rotor) in an effort to alleviate the turbine-damaging effects of the frequent wind variations. Ed Hale- As former Executive Director of the Toronto Renewable Energy Co-operative (TREC), this isn’t the first time Ed Hale has been named an innovator. In 2004, he received an Innovator Award from The Ontario Co-operative Association for his work in establishing renewable energy as a new class of co-operatives in the Canadian province.

Hale’s involvement with TREC goes back to 1998 when he served on its Board of Directors. His goal to have community-owned wind projects in Ontario was just a vision then, but a year later as TREC’s executive director he put his plan into action. He directed the difficult process of planning, permitting, and constructing the first community-owned turbine in the city—a 750-kW model erected in 2002.

Showing his spirit as an innovator, Hale didn’t stop there. He became the founding president of WindShare, the co-operative that jointly owns the turbine in conjunction with local utility Toronto Hydro Electric System. More than 700 members invested in ownership of the turbine through the first-ever wind power co-op share offering. With its widespread community support, the project became the perfect tool to promote major policy changes in Ontario, making it easier for co-operatives and community groups to develop renewable energy projects. Through Hale’s efforts, TREC and WindShare jointly received the Canadian Wind Energy Association’s 2004 Organization of The Year Award in recognition of the significant role they played in advancing the country’s wind industry.

Hale is also a founder and past board member of the Ontario Sustainable Energy Association (OSEA), a non-profit organization. OSEA’s mission is to facilitate Ontario’s transition to a sustainable energy economy through the development and support of community-based energy initiatives. OSEA was the catalyst for the creation of new sustainable energy projects across the province, including its feed-in tariff for renewable energy—North America’s first.

As its founding director, the Community Power Fund, established in 2007, is another testament to Hale’s innovation. The fund supports project development of Ontario-based community organizations pursuing local renewable energy projects. It comprises a number of financing instruments, including grants, loans, and investment equity. From 2007 to 2009, the CP Fund consulted with community power project developers, and allocated $1.5 million to assist in the development of 25 renewable energy projects owned by Ontario-based community and aboriginal groups. In early 2010, the Ontario Power Authority chose the CP Fund to co-manage a new grant program to support community power projects in Ontario.

Hale’s achievements are numerous but his work continues as he serves as Project Director of the Lakewind Power Co-operative that is developing a 20-MW wind farm east of Kincardine, Ontario. Once completed, the project will be one of the largest co-operatively owned in Canada. Though he no longer has an official position with WindShare or TREC, he doesn’t consider himself retired yet. He continues to offer consulting at the board and staff levels and works with the Community Power Fund and the Lakewind Power Co-operative. He has truly played an integral part in the growth of Ontario’s wind industry and continues to do so. 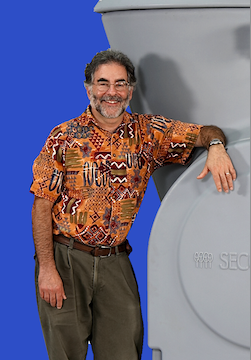 Walter Sass-The wind industry was in its infancy when Walter Sass, on hiatus from college and working on a farm in Kentucky with his friend Ken Cohn, decided to make wind his vocation. That decision launched a 30-year career that started with co-founding Second Wind with Cohn. The company’s first venture developed wind data loggers that combined electronics and software – a novel concept at the time. In 2006, Sass introduced another major innovation to the wind industry when he revived a 1940s-era technology and turned it into a 21st century wind-profiling system.

“I got interested in wind power in the early ‘70s mainly for general hippie reasons about conservation and the environment,” said Sass, Second Wind’s CTO. “I was influenced by the work of Buckminster Fuller, who was a visionary in renewable resources. Ken and I had dropped out of college and were working on my sister’s farm when we started talking about making wind power a career.”

Sass, a native of New Rochelle, New York, already had a bachelor’s degree in electrical engineering from Tufts University when he returned to graduate school after his stint on the farm. While studying wind engineering at the University of Rhode Island then the University of Massachusetts, Sass saw an opportunity in the gulf between wind power’s academic and business worlds. As incredible as it seems now, Sass said at the time, few wind developers used hard data to evaluate turbine sites.

“In the early ‘80s, wind projects went in with grossly inflated expectations for performance. The developers were making it up as they went along, doing projects without any knowledge of the wind,” Sass said. “It wasn’t rocket science, but the rocket scientists didn’t get it. They’d say things like ‘yeah, we went up there on Tuesday and it was windy,’ then build a project.”

Sass and Cohn founded Second Wind in 1981. Drawing on his experience in software and wind science, he developed the first data logger specifically for long term site-data assessment.

“The idea was to use application-specific data loggers with relatively inexpensive anemometers and leave them on site for a long time to collect a comprehensive data set,” says Sass. “The software and technology weren’t that exotic, but they hadn’t been applied to wind power yet. We were still in the era when fancy new technologies were applied in bigger markets with more capital. We didn’t have the same capitalization other industries did, but we adapted the software for wind power anyway.”

Almost 30 years after helping to develop Second Wind’s first product, Sass applied the same kind of thinking to wind profiling and developed a radically new way to measure the wind. He adapted a technology called sodar, a remote sensing which, like radar uses waves to measure the atmosphere, to commercial-scale wind measurements. The result was Triton, a durable, portable wind profiler that uses sonic pulses to measure winds at heights up to 200 m, well beyond the range of conventional tower-mounted wind instruments. At the same time, Sass realized that the use of “cloud”-based computer technology offered enormous potential to the wind industry, and so he led the development of SkyServe – which let developers stream wind data to a secure server and view it using a Web-based interface.

“Sodar was a half-century-old technology all but abandoned because radar cleaned its clock as a long-range detection system. But it is very effective at closer ranges, and what we’ve done to adapt it to the wind power industry is quite novel. We’ve developed fundamentally new ways of making sodar commercially viable, with several patents on innovations that make the Triton better,” he said. “For a while we had to live with the skepticism about sodar. Now we’ve demonstrated that it can work, we’ve changed the perception and created a new reality.”

Click Here to see the 2011 Influencers of Wind Power