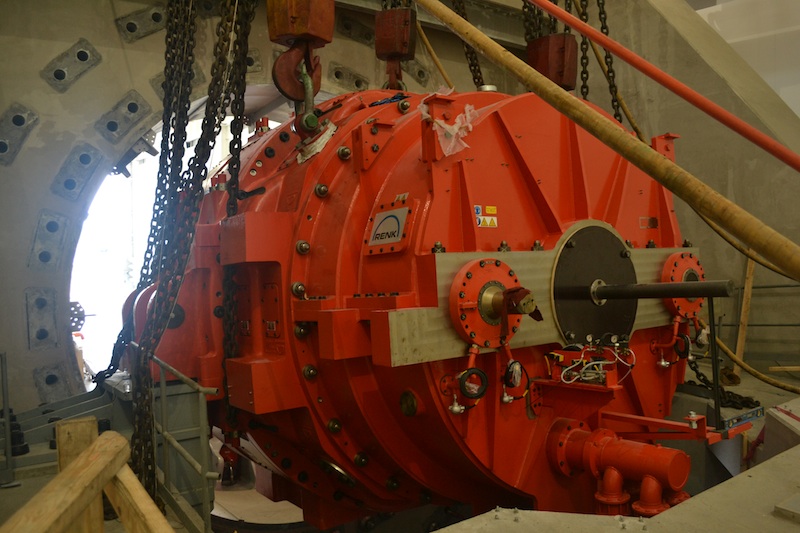 Part of the equipment that will allow testing 15 MW wind turbine drive trains.

In November of 2009, the U.S. Department of Energy awarded Clemson University a $45 million grant to build and operate a facility capable of full-scale, highly accelerated testing of next-generation wind turbine technology. The U.S. DOE EERE’s objective for this project is to accelerate the development and deployment of next-generation wind turbines to reduce the cost of energy. The mission of the facility is to forge public-private partnerships in a unique industrial coastal environment and support the nation’s emerging offshore wind industry and educate the workforce of the future.

The facility will play a vital role in America’s energy future and test the next-generation of wind and smart grid technologies. The U.S. Secretary of Energy, Dr. Ernest Moniz is slated to deliver the event’s keynote speech. The facility will be The Energy Systems Innovation Center and will the result of the largest energy grant ever awarded by the Department of Energy. The facility has received investments from GE Energy, Shell, SCE&G, Duke Energy, and others.

A few key details on the facility’s capabilities include:

Hosted by the Clemson University Restoration Institute and the Charleston Regional Development Alliance.