A new white paper from REsurety, with contributions from Hannon Armstrong, a leading investor in climate solutions, offers an in-depth analysis into how using an “8760” energy model can lead to significant errors in revenue modeling — topping 30% in some high renewable penetration markets.

The problem with using an 8760 is that “typical” weather isn’t actually all that common, and high prices almost always coincide with extreme weather.

REsurety describes better alternatives to the 8760 in its new white paper, “Friends Don’t Let Friends Use 8760s… at least not for revenue modeling,” by Dr. Jennifer Newman of REsurety, with contributions from Rich Santoroski, Chief Analytics Officer of Hannon Armstrong.

Despite their widespread use in the renewable energy industry, using an 8760 to project financial performance can lead to significant errors in revenue models. In particular, revenue models that pair an 8760 with historical prices miss the impact of hourly renewable energy generation on hourly power prices. Because wind and solar plants are relatively inexpensive sources of generation, there tends to be a negative correlation between generation and power price in markets with high renewable penetration. 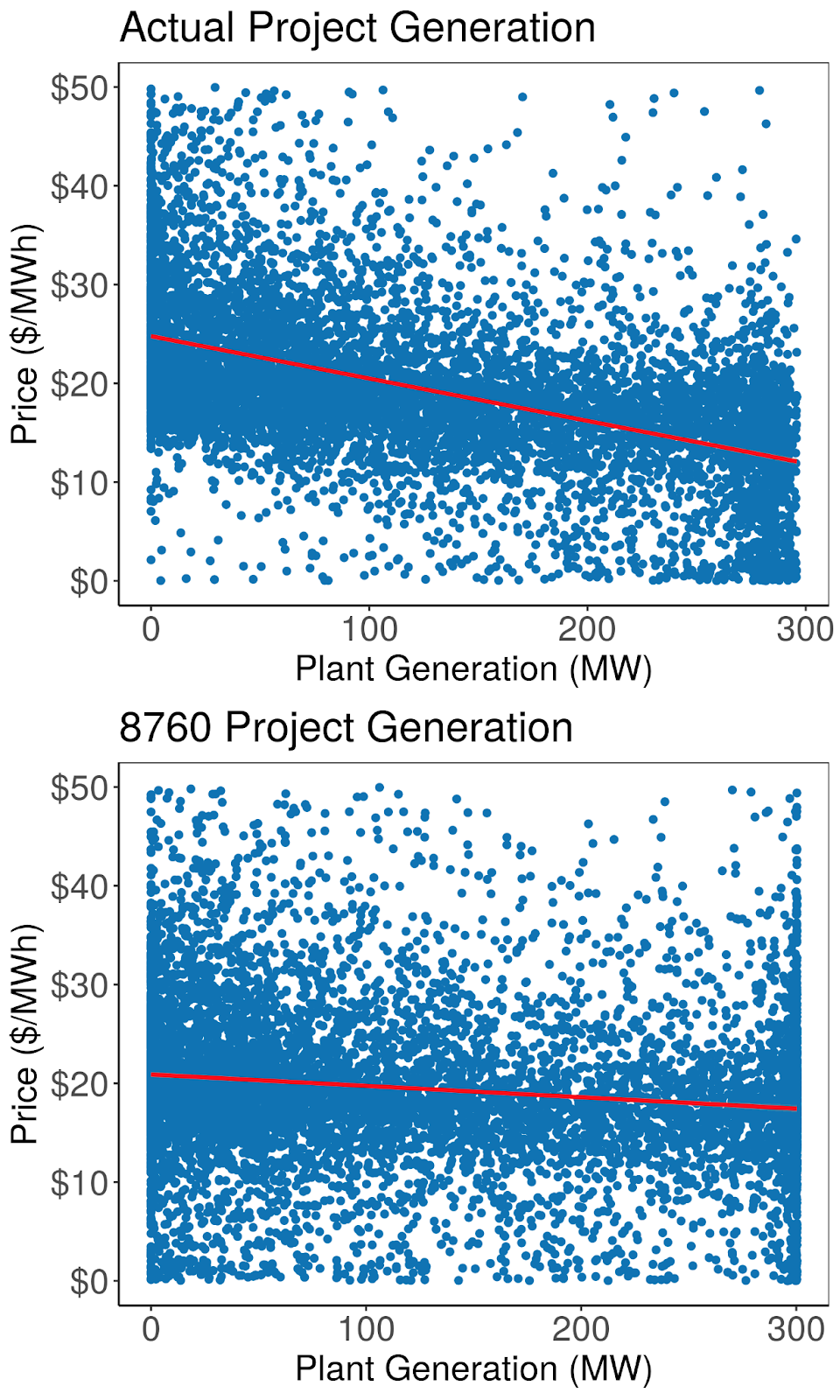 These two scatterplots show hourly generation for a wind project in West Texas, plotted against the real-time power price at ERCOT West hub.

In the top chart, actual project generation is plotted against observed hourly prices. The narrow and dense band around the red trendline indicates a strong inverse relationship between hourly generation and hourly power price.

Also as part of the CLEANPOWER event this week:

The second presentation listed above is focused on the importance of accurate carbon abatement measurement. The end goal, after all, of every renewable energy project is the same: cutting as much carbon as possible. Governments and private organizations are increasingly setting ambitious decarbonization goals and frequently rely on wind and solar generation to offset their electricity consumption.

Granular carbon abatement data, such as that offered by Locational Marginal Emissions, can help. REsurety’s two-year analysis of renewable energy projects across Texas found that some clean energy projects had more than double the decarbonization impact of others, simply due to the location and timing of the clean energy production and its access to transmission capacity.