From a report by green power for Brazil International Renewable Energy Congress, or BIREC.

Brazil has Latin America’s largest renewable energy market and is an influential regional powerhouse. Despite the recent economic downturn, high interest rates and currency devaluation, Brazil continues to chart a favorable course for renewable energy development. Following a macroeconomic paradigm shift, Brazil is lifting itself out of recession. Investment in wind and solar capacity is expected to continue to grow exponentially and economists predict investment in wind alone to reach $24.5 billion by 2020 and $25 billion in distributed generation by 2030. Until recently, wind and hydro have dominated Brazil’s renewable electric energy matrix, but solar is now booming. 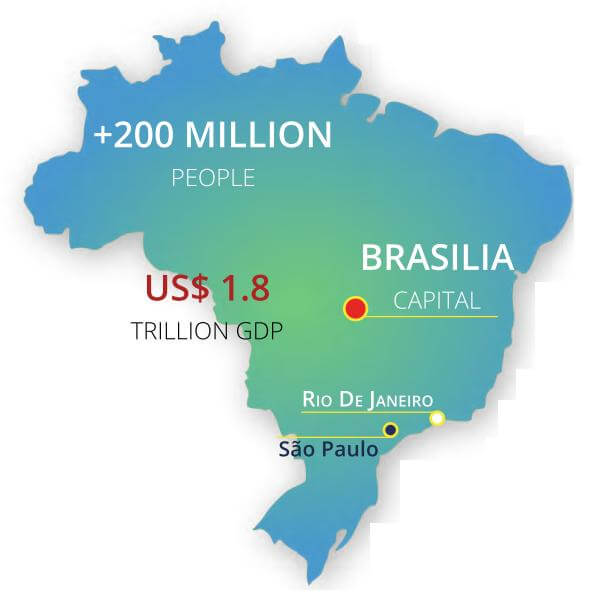 In preparation for the launch of the inaugural Brazil International Renewable Energy Congress in November 2016, Green Power has put together this snapshot report to highlight the opportunities and challenges in this vast market.

Energy policy makers have marked their confidence in Brazil’s clean energy capacity by setting targets of 24 GW wind and 7 GW solar by 2024. The set targets may be ambitious but the industry is making strong progress. According to Brazil’s National Electric Energy Agency (ANEEL), installed wind capacity is currently at 8.7 GW, with a further 9 GW already under construction and tendered. The installed capacity for solar is predictably lower at just 27 MW; however a further 2.2 GW has been tendered. Upon installation, the tendered power will represent a 750% increase in installed solar power capacity.

In preparation for the launch of the inaugural Brazil International Renewable Energy Congress in November 2016, Green Power has put together this snapshot report to highlight the opportunities and challenges in this vast market.

Brazil is Latin America’s biggest economy and one of the world’s largest democracies, with a GDP of $1.8 trillion and a population of over 200 million. An ex-Portuguese colony and with a rich history of migration, Brazil is vastly diverse, the population includes large populaces of Portuguese, Spanish, German, Japanese, Italian and indigenous descent. Brazil’s main language is Portuguese; however, the nation’s multiculturalism means that the use of other languages including Spanish, English, German, Japanese and Amazonian dialects are prevalent.

For the complete report: http://www.bireccongress.com/Report