Editor’s note: This article comes from BusinessWire. The Prize organization has received 597 global submissions and 514 lifetime achievement nominations from 106 countries.

Zayed Future Energy Prize, the world’s preeminent award for innovation in renewable energy and sustainability, closed for submissions on 14 July with a record 597 submissions and 514 lifetime achievement nominations from 106 countries worldwide, registering the highest number of global entries in the Prize’s seven year history. 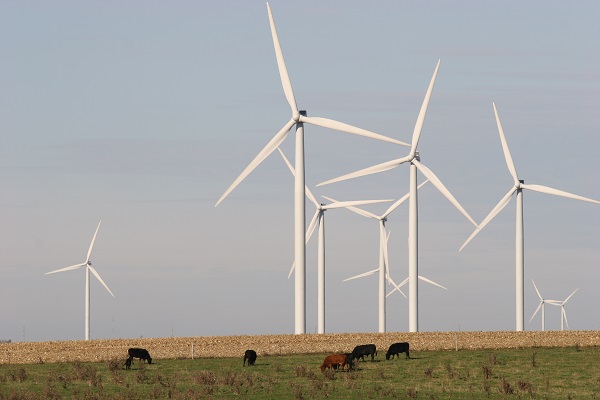 The uptake in Prize entries mirrors the growing international focus on renewable energy as validated by a Bloomberg New Energy Finance (BNEF) report, which points out a 33% increase in global clean energy investments, such as these wind farms, in Q2 versus Q1 2014.

In comparison with 2014, a preliminary analysis of the 2015 submissions indicates a 26% increase globally, with over 120 submissions from Latin American nations alone. The Global High Schools category increased by 17% worldwide, with a 75% rise in entries from the Pacific Islands and Australia, the Small and Medium Enterprise (SME) category increased by 34% with 331 submissions, 35% from North and Latin America. Non-governmental organizations increased by 39% with 139 submissions, a notable portion from Europe and the Americas, whilst Large Corporations drew its highest numbers from Asia more specifically China and Japan.

The uptake in Prize entries mirrors the growing international focus on renewable energy as validated by a Bloomberg New Energy Finance (BNEF) report, which points out a 33% increase in global clean energy investments in Q2 versus Q1 2014.

As part of the 2015 global outreach campaign, the Prize participated in prominent renewable energy panel discussions and high-profile events such as the Kyoto Smart City Expo 2014 in Japan, Bloomberg New Energy Finance summit (BNEF) and Sustainable Energy for All (SE4ALL) Forum in New York. A high-level delegation from the Prize also hosted and attended events and meetings with key entities and organisations in Latin America and Africa. The Prize strategic partners such as the World Bank and IFC supported the Prize outreach by hosting panels and meetings with key industry leaders in the Americas.

His Excellency Ólafur Ragnar Grímsson, President of the Republic of Iceland and Chair of the Prize Jury, said: “The Zayed Future Energy Prize offers the opportunity to be part of an extraordinary global journey and a shared vision of a better world. The preliminary analysis of submissions for the 2015 Prize is a positive indicator of how countries around the world are empowering entrepreneurship, innovation and youth engagement, and pledging their commitment to economic growth by embracing new, critically important sectors.”

Dr Sultan Ahmed Al Jaber, Director General of the Zayed Future Energy Prize, said: “With every edition, the Prize is reaching out to a broader audience driven by continuing growth in entries from emerging markets and united by a global resolve to seek sustainable solutions to the energy challenges the world currently faces. The response to the 2015 edition of the Prize is a reflection of the transformation taking place around the world in the renewable energy domain. This is a welcome endorsement of the UAE leadership’s continued commitment to empowering global communities and implementing sustainability practices both at home and abroad.”

The Zayed Future Energy Prize has gained international recognition as a catalyst for innovation in the renewable energy and sustainability sectors. Since its launch in 2008, the Prize has recognised more than 30 innovators, and reached the lives of millions of people in communities worldwide.

Winners of the Zayed Future Energy Prize 2015 will be announced at the awards ceremony scheduled for January 19, following the opening ceremony of the annual Abu Dhabi Sustainability Week.

For more information on the prize, visit www.ZFEP.ae

Filed Under: News
Tagged With: zayedfutureenergy