Off-grid electricity production was mainly “something better than nothing” in the developing world. Now we see it as a backup against hurricanes taking down the grid, as with Tesla solar roof and Powerwall battery. Rarely viable as a cost reducer as yet, it is worth the money as a fallback. Indeed, some organizations in the U.S. are now setting up their own solar farms to save cost, relegating the grid to merely emergency backup because this reduces cost and outages – off grid and “fringe of grid” get more and more attractive. 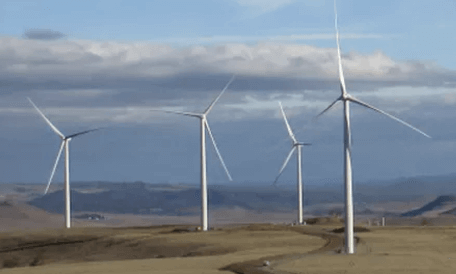 Western Australian utility Western Power has revealed the results of its stand-alone power system pilot in 2017, confirming that the solar, diesel and battery storage systems deployed at six properties located around Ravensthorpe, Lake King andOngerup, had delivered a 15-fold reliability improvement for customers.

Wind power, with its falling costs, will also be involved more in off-grid installations where the design errors of traditional off-grid wind installations of being too low, too small and too shielded from wind are corrected in future off-grid packages. The improving business cases for off-grid are a contrast to much grid supply, where high voltage grid extension at a staggering $1 to 6 million per mile is not involved, nor even low voltage extension at $15,000 to $50,000. It attracts where grids are being neglected or are based on bad choices increasing prices.

Grids are now vulnerable to the increase in terrorist threats and extreme weather. Probably through global warming, Australia is seeing increasingly violent weather that can take down transmission lines and it already has what users call an energy cost crisis. The average cost of electricity in parts of Victoria has quadrupled in the last five years with an enduring reduction in sight. In the nearest major country, New Zealand, electricity prices are actually going down while zero emission renewables in grid generation have risen to 85%, mainly on the back of hydro and wind, the inverse of the situation in Japan. In Australia, help is at hand from photovoltaics PV even if the Australian utilities do not get a grip on their costs. Energy Storage Report argues that “PV-plus-storage could allow homes in Australia to cover more than 99% of annual power consumption from solar, the experience of one household indicates”.
Off grid beating grid extension

Adrian Shand’s home in Glenlyon, Victoria, needs only around 30 hours of petrol genset-based generation a year to supplement the power provided by a solar-plus-storage system, Shand told the magazine.  That means around 99.7% of annual energy consumption is provided by a combination of 21 260W Tindo solar panels, delivering up to 5.2kW, and two 3kW, 10kWh Redflow ZCell flow batteries installed in March 2017.  The flow battery storage can keep Shand’s house running for up to two days with no recharge, and can go from zero to full charge in just four hours under sunny conditions. The IDTechEx report on redox flow batteries sees them beating lithium-ion for much stationary storage on cost, repairability, non-flammability and other attributes.

Shand’s cottage surrounded by forest in central Victori has no mains electricity supply, so he spent AUD$56,000 on a new PV and storage setup, including a Victron MultiPlus48, 5000 70 inverters or charger, installed by Off-Grid Energy Australia.  The ZCell zinc-bromine flow battery chemistry offered better “bang for buck” than competing lithium-ion products. “The most important thing was the claims of no degradation. They have warrantied 10 years at 10 kWh, and the expected life is double. But the warranty says in 10 years minus one day you shall see 10 kWh of capacity to both charge and discharge. That’s what attracted me.” ZCells are fire-retarding, good in thisbush-fire area.

Getting a grid connection would have cost an unaffordable $200,000 and power bills of at least Aus. $4,000 a year. Based on even the lower of these estimates, the PV-plus-ZCell setup vs a grid-connected property would have a payback time of just over 15 years, allowing for backup genset running costs of $300 a year, but that is falsely assuming electricity prices do not go higher in the future.Other parts of Australia can do better because he has only about 4.5 hours of “perfect sunlight” a day, making 28 kWh a day in the summer, 20 kWh in spring and autumn and 13 kWh in winter, more like New Zealand.
Off grid beating grid outage

In another example, Western Australian utility Western Power has revealed the results of its stand-alone power system pilot in 2017, confirming that the solar, diesel and battery storage systems deployed at six properties located around Ravensthorpe, Lake King andOngerup, had delivered a 15-fold reliability improvement for customers.

In a report, Western Power said the $4 million 12-month pilot – launched last July – had reduced the average time of outages for the six properties involved to less than five hours, with two properties recording no outages at all. Only 8% of the demand called for the diesel and availability was near the 99% in urban Australia. IDTechEx believes that zero emission will usually be feasible next by replacing the scrap of diesel with new forms of wind and water power coming along.
Beating grid prices with off grid

Of grid and using the grid merely as backup is mirrored in New Zealand where California-based SimpliPhi Power says its scalable solar plus battery energy storage solutions have been deployed in New Zealand by electricity distributor Powerco as part of an off-grid renewable energy unit named Base Power. For now, a diesel generator is also integrated into the units in the event that prolonged inclement weather prevents solar generation. The units are designed to be transported by helicopter to locations that are difficult to gain access to, making them ideal for both remote and emergency situations in which access to power would be too costly or logistically unfeasible.US involvement is no surprise. Utilities in the U.S., such as Vermont-based Green Mountain Power have also embraced off-grid energy storage solutions for remote customers. Las Vegas casinos have paid off their utility deals and make their electricity themselves with solar farms in the nearby desert. The MW-hour cost of wind in the Great Plains comes in around $20. Coal comes in around $30. They are going green on cost alone.
Some visionary utilities

In Europe, utility E.ON has a division dedicated to renewable energy installations including off grid. It has invested in Airborne Wind Energy that will be useful in future off grid and on grid generation. An increasing number of electricity utilities across the world are seeing off grid as a business opportunity rather than a threat. E.ON even goes further saying, “The answer lies in the integration of ultra-low emission vehicles and smart charging (your car and charge points), with renewable energy sources and battery storage. But for this to work, we need to look at how the benefits of carbon emissions per mile via charging solutions align with things like localised solar or wind energy. We need policies that bring together transport, plus energy storage, plus distributed renewable generation. By incentivising all three, you effectively turn our transport system into our energy grid.” Thus on grid, fringe of grid, and transport become a flexible adaptive mega system and off grid employs similar technologies.
Scope for even better off grid in future

Most cities are near sea or river so blue energy is an evolving option for off grid systems as is Airborne Wind Energy AWE. These tethered drones can take off in still weather to tap the strong, consistent winds well above conventional wind turbines, as detailed in the IDTechEx report, “Airborne Wind Energy 2018-2028”. The advent of electric vehicles with house-to-grid capability will improve viability. IDTechEx has reports on lithium-ion batteries and many aspects of electric vehicles to assist in the understanding of that. Foran off grid overview with forecasts and technology roadmaps see the new IDTechEx reports, “Off Grid Zero-emission Electricity 2018-2038: New Markets, New Technology Roadmap” and for specific detail see “Off Grid Electric Vehicle Charging: Zero Emission 2018-2038”, “Smart Roads 2018-2028” and “Electricity Generation by Urban Infrastructure: Zero Emission 2018-2050”.
Call for papers

IDTechEx seeks speakers on these topics for “IDTechEx Show!“ Berlin April 10-11 where there will be a two day Off Grid Conference, anOff Grid Masterclass April 10, over 3000 paying delegates and a two day exhibition with 220 stands. Contact the Chairman of IDTechEx Dr Peter Harrop at p.harrop@idtechex.com