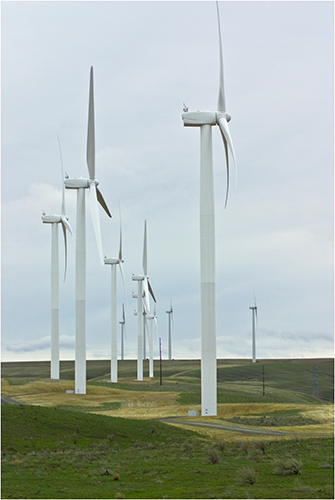 What will keep the wind industry moving forward? Improvements to existing turbines, such as the solution Suzlon has built in its new software and controller based upgrade, the S88 Boost. With an increase in active power by 7%, the S88 Boost literally boosts the nameplate rating of the S88 from 2.1 MW to 2.25 MW and increases annual energy production by 2%.

Terri Denning, general manager of business development for Suzlon, calls the S88 the workhorse of the company’s fleet, having been in production for eight years.

Designed for medium wind speeds with pitch regulated blade operation, the S88 turbine uses a three-stage gearbox with a 2,310 kW rating and an induction generator with slip rings. The company says the turbine withstands extreme conditions and operates effectively with low maintenance costs. The turbine, with an 88m diameter rotor, mounts on either an 80m or 100m tower.

The new controller package enhances performance to achieve the rated-power increase while maintaining protection for all equipment and components. “It really is all about achieving a higher rated power,” says Denning.

The S88 Boost is available to qualified owners who already have the S88-2.1 installed and who pass a site assessment.

“We want to make sure that there are no adverse effects on the turbine in certain environmental conditions, for example, extreme turbulence sites,” says Denning.

Suzlon began testing the upgrade on client sites in February 2013 and has qualified the capability through continuous field operation.

“Suzlon’s view is that working with customers is one of the great examples of how we can maximize potential on existing turbines,” Denning concludes. S88 Boost By the Numbers